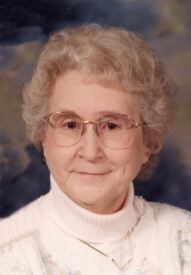 Nettie C. Whetstone, 83, Plymouth resident for the past 60 years, passed away in her home with her family by her side on Christmas Eve December 24, 2015.
Born in Rutledge, Tennessee on February 15, 1932, Nettie Cleo was the daughter of C. Hobart and Mary. B. (Hixon) Kitts.
On July 28, 1973 in Plymouth, Indiana, Nettie became the bride of George R. Whetstone. She was a devoted wife and homemaker to her two sons.
George and she were members of the Shiloh Wesleyan Church.
She is survived by her husband of 42 wonderful years, George of Plymouth; sons, William Eric (Eva) Isley of Plymouth and Keith Allen (Sharon) Isley of Newton, IA; and step-children, Darcy (Disiree) Whetstone of Tippecanoe, IN and Hope Andrews of Bremen, six grandchildren; William Michael and Tara Isley, Erica and Adam Kruyer, Allison and Nick Doyle, Kristen and Weston Thompson, Jocelyn Isley, Scott Isley, three great-grandchildren; Maddie Isley, Jamison Isley and Hannah Doyle. Also surviving are six step-grandchildren, fourteen step-great-grandchildren, one sister; Glenna Bull, Monticello, two brothers; Dale and Pat Kitts, Plymouth and Haskell “Hack” and Rachael Kitts, Rutledge, TN. Also surviving are several nieces and nephews. Nettie was preceded in death by her parents, and three brothers; Hollis “Hob”, Roscoe George and Carson Kitts.
Visitation will be on Monday, December 28, 2015 from 4-7 PM in the Johnson-Danielson Funeral Home, 1100 North Michigan Street, and from 10:00 AM until time of service on Tuesday at the church. Funeral services will be on Tuesday, December 29, 2015 at 11:00AM in the Shiloh Wesleyan Church, 10532 4B Road, Plymouth, with Pastor Richard Van Vuren officiating. Burial will be in the New Oakhill Cemetery.
Memorial contributions can be made to either Center for Hospice & Palliative Care, 112 South Center Street, Suite C, Plymouth, Indiana 46563, or to the Alzheimer’s Association Greater Indiana, 50 East 91st Street, Suite 100, Indianapolis, Indiana 46240.