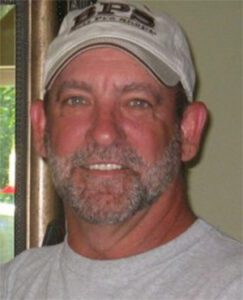 Nicholas R. Lunetta, 60, passed away unexpectedly on Sunday, June 4, 2016 at the campground he loved the most.
Nick was born in Chicago, Illinois on October 3, 1956 to John R. and Mary Jane (Pontarelli) Lunetta. He graduated from Oregon-Davis High School with the class of 1976.
He worked for Ancilla College as the Facilities Maintenance Director for 19 years. Nick then began his own business, Unique Design Landscaping.
Nick very much enjoyed camping trips in Winamac and in his younger years with his kids, to Brown County. He was a man of many hobbies that he did very well. He also took trips to Alaska with his brother John.
He is survived by his children: Jackie Lunetta and her daughter Alexis of Plymouth, Nick (Ashley) Lunetta and sons Cole and Christian of Plymouth, and Ryan (Shannon) Lunetta and son Luke of Culver; his brother John Lunetta of Montana and sister, Maria Madson of Bremen; and fiancÃ©, Marianne Boisvert.
Nick was preceded in death by his parents.
A Celebration of Nickâ€™s life will be held on Monday, June 12, 2017 from 4-8 p.m. at the Plymouth Elks Lodge #2548, 12445 7B Road, Plymouth, IN 46563.