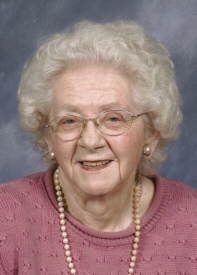 SOUTH BEND- Norma Rusk, 90, a proud resident of Plymouth for most of her life, died at 5:30 a.m. on Sunday, October 26, 2014, at St. Joseph Regional Medical Center in Mishawaka following complications from a fall. Norma was born in Argos, IN on June 6, 1924 to the late Cecil and Eva (Wallace) Smith. Norma graduated from Lincoln High School in Plymouth with the class of 1944. She served as nurse’s aide in the Plymouth Hospital during WWII. Norma married Wayne Rusk in 1944. She worked at the Plymouth courthouse in the assessor and treasurer’s offices, followed by many years as a legal secretary at a local Plymouth law office. Norma was a lifelong member of the Trinity United Methodist Church in Plymouth. Norma’s final few years were spent in a South Bend assisted living facility, but her heart was always in Plymouth. She loved to play cards, especially euchre, and when her health permitted it, she enjoyed traveling with friends in her later years. She is survived by her son Larry (Lynette) Rusk of South Bend; four grandchildren: Mason (Stephanie) Rusk and Kevin (Lynn) Rusk of South Bend, Phil Corle of Elkhart and Lori (Jeff) Stephens of Indianapolis; eight great- grandchildren and one great- great-grandchild. Norma was predeceased by her parents, husband, and daughter Diana.
Visitation will be on Friday October 31, from 11:00 a.m. – 1:00p.m. in the Johnson Danielson Funeral Home, 1100 N. Michigan St., Plymouth. Services will be held immediately following visitation at 1:00 p.m. in the funeral home. Rev. Mark Need of Trinity United Church and Mike Burroughs will preside. Burial will be in the New Oakhill Cemetery.
Memorial gifts may be made to Hospice House of South Bend, 111 Sunnybrook Ct., South Bend, IN 46624 or the American Diabetes Association, 1701 North Beauregard Street, Alexandria VA 22311