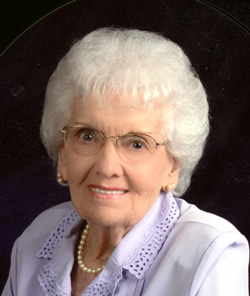 Norma Geraldean (Ward) Beatty, 89, of Plymouth passed away peacefully of natural causes Sunday evening August 6, 2017.
Norma was born on July 30th, 1928 in Plymouth, Indiana, the seventh of eight children born to the late Thurman Emery and Sarah Elnora (Brandt) Ward. She was proud to call Plymouth and Marshall County her lifetime home. Norma graduated from Plymouth High School with the Class of 1947, and went on to take a Business Administration Course at Ancilla College.
On May 30th, 1948, in Plymouth she married Harold E. Beatty who preceded her in death on July 3rd, 1983.
In her lifetime Norma worked for various businesses in Plymouth. In 1981 Norma received her Cosmetology and Electrolysis licenses. She then opened her own business; Normaâ€™s Electrolysis and served Marshall County for 24 years, retiring in 2005.
Norma was a member of Trinity United Methodist Church. She is survived by her two children: Stephen E. Beatty and wife Karen, of Woodway, TX, and their children; Amy, Bryce and Ashley, Carolyn S. (Beatty) and husband Bud Whileyman of Houston, TX and their children, Taylor and Kelsey. Norma adored her family and is also survived by her eight great-grandchildren as well as generations of loving nieces and nephews.
Preceding her in death was her husband, sisters; Florence Erickson, Thelma Sheetz, Lillian Avon Ward, Wanda Houghton, Donnabelle Bennett, Phyllis Jernstrom, and brother Thurman E. Ward Jr.
Normaâ€™s family would also like to extend much gratitude to the wonderful staff of Plymouth Pilgrim Manor, Pastor Land and the Visitation Team of Trinity United Methodist Church, the families of John and Ruth Samuelson, William and Helen Shorter, for their combined roles of steadfast care, and special outings.
Visitation will be held on Saturday, August 12th, 2017 from 11 a.m. until 1 p.m. at Johnson-Danielson Funeral Home, 1100 N. Michigan St., Plymouth. Services will immediately follow in the funeral home at 1 p.m. under the direction of Rev. Bob Land, pastor. Burial will be held at Oak Hill Cemetery, Plymouth.
In lieu of flowers, the family asks that contributions be made to the Trinity United Methodist Church, 425 S. Michigan St., Plymouth, IN 46563.