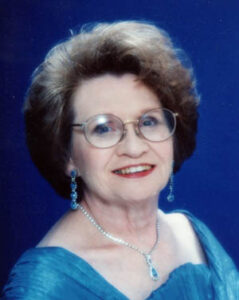 Norma Jean Rechtenbaugh, 88, lifelong Marshall County resident, passed away Sunday, March 11, 2018 in the Millerâ€™s Merry Manor, Plymouth.
Norma was born March 5, 1930 in Culver, Indiana, to the late Harley and Ruth (Faulstich) Mahler.
She attended Plymouth High School.
On May 5, 1951 in Plymouth, Norma married Wayne Koser; he preceded her in death on February 28, 1967, she then married William Rechtenbaugh on September 17, 1972 in Plymouth; he would also precede her in death in 1993.
Norma was a homemaker but also was involved in many organizations, such as; Tyner Rebekah Lodge #865, VFW Auxiliary, American Legion Auxiliary, LaPaz Home Economics Club, Rural Carrier Auxiliary and the First Church of Christ.
Surviving is her daughter and son-in-law; Sue Ellen and Albert McVey of Plymouth, a sister-in-law; Catherine Mahler of Plymouth, grandson; William McVey of Cincinnati, Ohio, granddaughter; Tracy McVey of Goshen, and three great-grandchildren; Nicholas, Zachary McVey and Rebekah Starr. Also surviving are many nieces and nephews.
She was preceded in death by her parents, both husbands, four sisters; Goldie Cherry, Nora Thorton, Rose Cannan and Joan Mahler, and two brothers; Albert Mahler and Alvin Mahler.
A Tyner Rebekah Lodge Service will begin at 11:00 AM, Saturday, March 24, 2018 in the Johnson-Danielson Funeral Home, 1100 North Michigan Street, Plymouth, followed by a memorial service with Rev. Charles Krieg officiating. Family will receive friends from 10:00 AM until time of service on Saturday at the funeral home.
Burial will be at a later date in the New Oak Hill Cemetery.
In lieu of flowers, the family has asked that any memorial contributions be directed to either the Heart to Heart Hospice, 620 Edison Road, Suite 122, Mishawaka, Indiana 46545 or the Alzheimerâ€™s Association of Greater Indiana, 50 East 91st Street, Suite 100, Indianapolis, Indiana 46240.