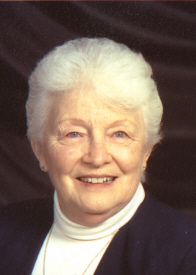 A Final Tribute… Norma Jean Spencer, 84, departed this world for her eternal home on Wednesday evening June 12, 2013 with her husband of 65 years and her family at her side. She was a longtime resident of Plymouth.
Norma was born February 15, 1929 to Charles A. and Vesta (Marko) Chapin in Decatur, Illinois. She was the first born of three daughters. Her sisters are Barbara (William) Hesseldenz and Donna (Jerry) Wynn all of Rushville, Illinois.
On February 15, 1948 she married the love of her life William D. Spencer, Sr. in Carlinville, Illinois. To their union they brought six children. William D Spencer, Jr.of Bourbon, Charles H. (Judy) Spencer of Bristol, Richard F. (Sandra) Spencer of Goshen, Beth A. (Jeffrey) Siderius of Wheaton, IL, predeceased by Sue Ellen Weyrick Wilson, and Mary L. (Damian) Mizera of Maryville, MO. From those children came 18 grandchildren and 20 great-grandchildren. All survive with the exception of her parents, daughter Sue and brother-in-law William Hesseldenz.
Norma lived a full life as an outstanding homemaker, loving mother and grandmother. She was employed over the years by JC Penny, Bosworth’s in Plymouth, IN, the Plymouth Airport and finally for NoBi Corp. in Elkhart, Indiana. Norma and her husband Bill started NoBi Corp., now doing business as NoBi Security & Fire, in June; 1971. She is the “No” in NoBi. She remained involved in the business until her death.
Norma was also very active in the community. Her involvement included Tri-Kappa, Cub Scouts, PTA and the first Publicity Chairperson of what is now the Blueberry Festival. She was member of Immanuel Lutheran Church in Donaldson, IN and loved singing with area choirs.
As a young woman she was an outstanding music student at Carlinville High School where she was an exceptional soloist and instrumentalist and the first recipient of the Music Director’s Award. An award designed for her, but one that has continued to be presented each year since. She was offered a full music scholarship to Millikin University in Decatur, Illinois.
Norma enjoyed spending time with her family, singing, crocheting, bow hunting, fishing and archery. She was an excellent markswoman and champion archer and received the honor of being on the cover of Bow Hunter’s Magazine. One of her many joys was flying with her husband and in her retirement years she was happiest when she was cheering on her husband’s Champion race horses Glowing Gem, Skyway Carry, and Desperate Measures, Sire Stake winners. Norma will be greatly missed by all and remembered for her sweet smile and gentle loving spirit.
Friends may call at the Johnson-Danielson Funeral Home, 1100 N. Michigan St., Plymouth on Saturday from Noon – 2 p.m. Funeral services will begin at 2 p.m. in the funeral home with Rev. Dennis Wenzel officiating. Burial will follow in the New Oakhill Cemetery, Plymouth. Memorial Contributions may be given to Ancilla College, P.O. Box 1, Donaldson, IN. 46513