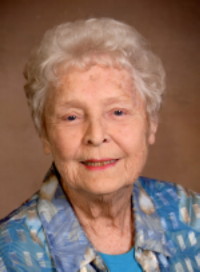 Norma L. Ripley, 83, of the Elliott St. neighborhood in Plymouth passed away Wednesday morning October 24, 2018 in Greenfield, Indiana. She was born in Las Vegas, Nevada on July 24, 1935 to Allen and Ruth Earlywine Chattin.
Norma attended Ball State University in Muncie, Indiana.
Norma was united in marriage to Charles Ripley on April 12, 1956 in Huntington, Indiana and he preceded her in death on October 14, 2013.
Survivors include her sons: Michael A. (Susie) Ripley of Greenfield, Indiana, Mitchael (Lori) Ripley of Greenwood, Indiana, and Mark (Diane) Ripley of Bradenton, Florida and eight granddaughters and four grandsonâ€™s, fifteen great grandchildren and three step-grandsonâ€™s. Norma also has one surviving sister, Thena of Ft. Wayne. She is also survived by numerous brother-in-law and sister-in laws, nieces, nephews and cousins.
Norma was preceded in death by her parentâ€™s and her husband, Charles and brother-in-law, Thomas Vogt.
Norma was an active volunteer at the Marshall County Museum, and volunteered as a â€œCandy Striperâ€ at the Parkview Hospital Ft. Wayne. She was also a â€œWelcome Wagonâ€ host for several years. Norma volunteered at the Annual Blueberry Festival and served on the Plymouth Airport Board. She was in the WIBC Bowling Hall of Fame and served as President of the state bowling association. Norma was a long time member of the First United Methodist Church in Plymouth. She was an active member of the Republican Party and was a 50 year member of the Order of the Eastern Star.
Visitation for Norma will take place at the Johnson-Danielson Funeral Home, Plymouth on Monday October 29, 2018 from 10:00-12:00 A.M. An Eastern Star Service will take place at 12:00 noon with funeral services to follow with her son, Mitchael Ripley, Elliott Ripley and Pastor Toni Carmer officiation.
Memorials may be directed to the Marshall County Historical Society or to the American Cancer Society.