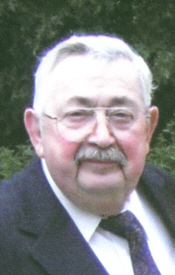 Norman Charles Crouch, 75, a Plymouth resident since 1971, coming from Huntington, W.V., passed away at 7:15 p.m. in St. Vincent Hospice, Indianapolis, IN, following an illness.
The son of Charles Cooper and Bessie Wilda (Bryan) Crouch, Norm was born on August 12, 1937 in St. Albans, W.V. He graduated from Winsor High School in Willow Wood, Ohio in 1955.
On July 30, 1988, Norm and Judy Lynn Parrish were married in the Wesleyan Methodist Church, Argos, IN.
Norm had worked at INCO (International Nickel Co.) in Huntington, W.V., In 1995, he retired as plant superintendent from Lobdell – Emery, Oxford Automotive in Argos, IN. During that same period he operated his own construction company doing additions, roofing, siding, decks and fencing.
He enjoyed working, fishing, golfing, hunting, shooting guns, auto travel with his family, night golf with Judy in the Poconos every year and loved to make candy, especially fudge with his grandchildren. As a youth, he enjoyed horse riding and was a champion Saddle Racer.
As a youth he attended Symmes Creek Baptist Church and currently was a member of Cornerstone Baptist Church in Argos.
Norm is survived by his wife, Judy, sons: Norman C. “Chuck” (Anita) Crouch, Jr. and their children, Andrea Crouch and Cooper Crouch of Gahanna, OH; Gregory M. “Marty” (Sandi) Crouch and children, Sonya (Steven) Shook, Christina Crouch, Ashley Crouch and Todd Browning of Koontz Lake, IN; daughters: Jennifer L. (Paul) McCarthy and children, Paul Dean McCarthy, David (Jennifer) McCarthy and Norman Scott McCarthy of Argos; Angie (Steve) Ferguson and children Samie Ferguson, Stevie Ferguson, Noey Ferguson, Kayla Ferguson, and Matt Ferguson of Plymouth and step-daughter: Kellie L Nolin (Terry) Shei and children, Alica Shei and Patric Shei of Argos, eight great-grandchildren; three sisters: Judy (Bill) Michael of Columbus, OH; Linda (Danny) Fliehman of Willow Wood, OH and Gay (Larry) Clay of Columbus, OH; and his mother-in-law, Lila J. Parrish.
He was preceded in death by his parents and a brother, Noah D. Crouch.
The family will receive friends on Sunday, April 28, 2013 from 4 – 7 p.m. in the Johnson-Danielson Funeral Home, 1100 North Michigan St., Plymouth.
Funeral services with calling one hour prior, will be held at 2:00 p.m. on Monday, April 29, 2013 in the Cornerstone Church, 11525 SR 10, Argos. Rev. Rob Mace will officiate.
Burial will follow in Maple Grove Cemetery, Argos.
Memorials in Norm’s memory may be sent to St. Vincent Cardiac Unit, Indianapolis, IN or the Cornerstone Church, Argos.