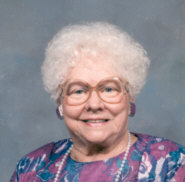 Opal F. Kaufman Reed 88, of East 16th Road Argos ( Argos Garden Court ), died Monday, April 19, 2004, at 8:05 p.m. in Pilgrim Manor Nursing Home, Plymouth.
Born on April 3, 1916, in Marshall County, Indiana, she was the daughter of Harvey Orville and Callie Leona Fetters Kaufman. Opal graduated from LaPaz High School with the class of 1935.
In Plymouth, Indiana Opal married Herman C. Reed, who preceded her in death on July 30, 1999.
Opal worked for 30 years for United Technology, retiring in 1981, Opal had many hobbies and interest; she enjoyed her Christmas cactus and violets, crossword puzzles and enjoyed all types of music, she even sang in a quartet at her church. She was a loving wife, mother and grandmother, her loving nature led her to care for her ailing sister for several years in Florida.
Opal was very active in the Marshall County community, she was a member of the Argos United Methodist Church, Women of the Moose Lodge # 1355, Plymouth, American Legion Auxiliary 0068, Argos, Ladies Auxiliary VFW Chapter 1162, Plymouth.
She is survived by two sons and two daughters.
They are; daughters, Shirley (Don) Badtke, Niles, MI, Marilyn (David) Back, Walkerton, IN. Her sons are; Eldon C. (Gerry) Reed, Plymouth, IN. , James (Joyce) Reed, Bremen, IN.
Eleven grandchildren and 24 great grandchildren and 6 great-great grandchildren, also survive along with a brother, Donald H. (Alpha) Kaufman, Florida.
Opal was preceded in death by her parents, husband, a son, DeVon P. Reed, two brothers, Lyle and Dale Kaufman, and two sisters, Irene Shivers, and Joyce Chizum.
Friends may call at the Johnson-Danielson Funeral Home, 1100 N. Michigan St., Plymouth on Thursday April 22, 2004 from 4 to 8 P.M. Women of the Moose #1355, Plymouth will hold a tribute service for Opal at 7:30 P.M. in the funeral home.
Funeral services will be held in the Johnson-Danielson Funeral Home, Plymouth, on Friday April 23, 2004 at 11:00 A.M, with Pastor Tony Schneiders of the Walnut Church of the Brethren, Argos, officiating.
Burial will be held in the Fairmont Cemetery, Plymouth, Indiana.
Memorial contributions may be made to Marshall County Hospice, Plymouth, Indiana