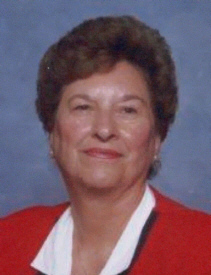 Orefeise M. Thayer, 90, passed away from natural causes, in the Catherine Kasper Life Center, where she had been a resident since February of 2011, at 4:50 p.m. on Thursday, May 23 2013.
Born in Hartford, Conn. on July 28, 1922, Orefeise was the daughter of Peter A. and Ernestine O. Hudon.
She graduated from Plymouth High School with the class of 1940.
On October 20, 1946, in Plymouth, Orefeise and William G. Thayer were married. After 46 years of marriage, William died in April of 1992.
Orefeise had worked as a secretary for the Pilot News, the Memorial Record Company and retired from the Divine Heart Seminary in Donaldson.
She later volunteered with Older Adult Services and was a devoted lifetime member of St. Michael Roman Catholic Church, and supported all efforts to provide a Catholic education for her children and others.
She loved being at the water’s edge, swimming, boating and anything to do with. She truly enjoyed Pretty Lake, going to the ocean, water aerobics and sports connected with Lake Michigan.
Orefeise is survived by a daughter, three sons, nine grandchildren and four great-grandchildren. They are: William S. (Inyoung) Thayer, Ewing, N.J.
Paul D. (Marsha) Thayer, Ormond Beach, FL and children: Andrew (Shannon) Thayer and great-grandson William, and Brian (Wendy) Thayer and great-grandson, Wesley, all of Indianapolis, IN.
Thomas L. (Aspasia) Thayer, London, England and children: Christina (Brian) Fox, Moorestown, N.J. and great-grandchildren Evan and Callie, Julie (Jonathon) Hart, Cinn., OH. Thomas Thayer, Amsterdam, Netherlands and Dorianne Thayer, Chicago, IL.
Patricia A. (Gary) Geer, Brownsburg, IN. and their children: Matthew (Melanie) Geer, Wyomissing, PA: Ariel Geer, Duke University and Michael Geer, Hongcheon, South Korea.
Also surviving is a brother, Henry (Mary Ellen) Hudon, Plymouth and a sister, Orease Purvis, Estero, Florida.
Orefeise was preceded in death by her parents and her spouse.
Visitation will be on Monday, May 27, 2013 from 4 to 6 p.m. in the Johnson-Danielson Funeral Home, 1100 North Michigan Street, Plymouth, followed by the praying of the Rosary at 6 p.m.
A Mass of Christian Burial will be held for Orefeise at 10 a.m. on Tuesday, May 28, 2013, in St. Michael Roman Catholic Church, 613 N. Center Street, Plymouth. The Rev. Father William Kummer will officiate.
Interment will be in New Oakhill Cemetery, Plymouth.
Memorial gifts in Orefeise’s memory may be made to St. Michael Church or School, 612 N. Walnut St., Plymouth, IN 46563