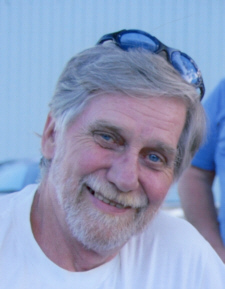 Otto H. ( Mike) Lueth, Jr, 70, of Union Rd., Plymouth In., died as a result of a motor vehicle accident at 4:33 p.m. on Friday, September 10, 2010.
Mike was born in Oak Park, Ill., on April 29, 1940, the son of Otto Lueth, Sr., and Dorothy Thiell Lueth. He graduated from Elmwood Park High School in 1957 and completed automotive school in Chicago, Ill.
On August 27, 1960, in Chicago, Mike and Carolyn Marohn were married.
He owned L& M Service Center, Culver, Ind., and then was the owner and operator of Plymouth Auto Service for 30 years, retiring on April 1, 2005.
He enjoyed fishing and woodworking and loved his motorcycle. A farmer at heart, he enjoyed football, especially the Bears and the Colts.
Mike is survived by his wife and two sons: Daniel and his wife, Susanne Lueth, Plymouth, and Matthew and Shari Lueth, Knox, Ind. Five grandchildren also survive: Tabbetha, Brandis, Correy, Danica and Hannah Lueth. A sister, Marlene Jones of Ill., survives as well.
Friends are invited to visit and share memories with Mike’s family on Tuesday, September 14, 2010 from 4 to 8 p.m. at the Johnson-Danielson Funeral Home, 1100 N. Michigan St., Plymouth. Funeral services for Mike will be held in the Immanuel Lutheran Church, 6835 Union Road Plymouth, where he was a member, on Wednesday, September 15, 2010 at 11 a.m. with additional calling one hour prior to services.
In lieu of flowers, memorials in Mike’s name may be made to the Marshall County Humane Society P.O. Box 22 Plymouth, Indiana or the Immanuel Lutheran church.