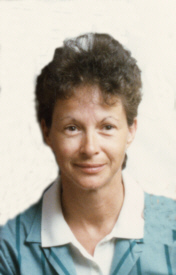 Pamella A. Smith, 73, a long-life Marshall county resident, passed away in her home with her family by her side on Friday, April 8, 2016.
Pamella was born in Plymouth, Indiana to Cletus L. and Jacqueline M. (Bienz) Berger. She graduated from LaPaz High School in 1960.
On November 1, 1969 in Wyatt, Indiana Pamella became the bride of James E. Smith, who survives.
In 1985, the couple and their family moved to California. There, she was a member of the American Legion Ladies Auxiliary Post 14 in San Bernardino, CA. In 2006, the couple would move back to her hometown and make it their home.
She worked as a waitress at Pat’s Bar in LaPaz for ten years.
Pamella enjoyed canning all types of food and sewing items for her-self, family and friends.
She is survived by her husband of 46 years; James of LaPaz, her children; Doug (Regina) Jones of LaPaz, Melody Bon Durant of LaPaz, Dana (Cindy) Bon Durant of Hesperia, California, ten grandchildren, fifteen great-grandchildren, and her siblings; Lucinda K. (Dale) Aukerman, Timothy O. (Susan) Berger of South Bend, Thomas L. (Sandra) Berger of LaPaz, and Jefferey A. (Cheryl) Berger of Plymouth.
She was preceded in death by her parents. Visitation will be from 11:00 to 12:00 p.m. on Tuesday, April 12, 2016 in the Johnson-Danielson Funeral Home, 100 N. Michigan St., Plymouth, IN. Her funeral service will be held immediately following visitation at 12:00 p.m. in the funeral home, with Brother Bob Moore officiating. Burial will follow in the New Oak Hill Cemetery.
Memorial contributions may be directed to the Marshall-Starke Development Center, 1901 Pidco Drive, Plymouth, Indiana 46563.