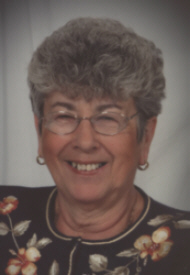 Patricia Ann Blount a longtime resident of the LaPaz Community passed away Saturday morning at her home following an illness. LaPaz became her home following her marriage there to James H. Blount on April 10th 1969. No matter the occasion or the place, Pat met everyone with a smile and friendly hello. She was involved with Blount’s Garage from 1969 -1981, PJ’s Coffee Shop from 1978-1981 and Blount’s Auto Salvage from 1981 to present.
Patricia was dedicated to the Union North School Corporation where she served on the School Board for nine years and was a school bus driver for the Corporation for 34 years. Her love for racing and the food service business was satisfied by running the concessions at the Plymouth Motor Speedway for five years; while her passion to serve children was fulfilled by being a CASA volunteer for four years. For 50 years she enjoyed bowling with various leagues in the area.
But above all she loved her family. She was born the daughter of Linward “Lindy” Letherman and Catharine M. (Mishler) Letherman in Elkhart on September 26th 1941. Patricia graduated from Wakarusa High School in 1959 and then started a family. She is survived by her children Cathi A. Mills of Plymouth and her children; Samantha Turner, Stephanie Mills and Stacie Mills. Bobby Blount and wife Julie of Plymouth with grand dogs; Edison and Newton. Robert D. Blount of Rochester and son Chad (Stephanie) Blount. William R. Blount and wife Alice of LaPaz with children; Joshua (Tracy) Blount and Michael (Amy) Blount. Debra E. Kingery of Creston, Iowa and son Dustin (Rebecca) Klimek. Patricia had 18 great grandchildren and one “adopted” son Ted Annis of LaPaz. Patricia sisters; Nancy (Richard) Birk of Wakarusa and Lynette Foster of Parma, Ohio, one brother, Richard (Linda) Letherman of Wakarusa and many nieces and nephews.
She was preceded in death by her husband, James, her parents, a daughter-in-law, Kim Blount, a grandson, Matthew Blount and a great grandson, Caleb Blount.
Pat will be remembered on Wednesday, May 21st from 2 – 8 p.m. in the Johnson-Danielson Funeral Home, 1100 N. Michigan St., Plymouth. Calling will continue on Thursday after 10 a.m. in the LaPaz Community Church of God, 601 S. Michigan St., LaPaz where a celebration of her life will begin at 11 a.m. led by Chaplain Tom Padberg, Center for Hospice Care.
Burial will follow at the Fair Cemetery, North Liberty.
Memorial contributions may be made to the LaPaz Fire Department, 411 S. Michigan St., LaPaz, IN 46537 or the Center for Hospice Care, 112 S. Center St., Plymouth, IN 46563