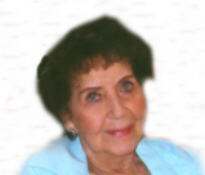 Patricia A. Izdepski, 78, died, at home following a lengthy illness, at 5:31 p.m. on Tuesday, November 7, 2006 in the loving care of her family, and the Marshall County Hospice. She has resided at 15415 W. 3rd Road for the past 31 years and the LaPaz area most of her life.
Patricia was born on December 15, 1927, in Mishawaka, Ind. She was the daughter of Everett D. and Lillian J. (Belcher) Maddox. She graduated from LaPaz High School in the Class of 1945.
On June 19, 1945, in St. Michael’s Church, Plymouth, Patricia became the bride of Alfred F. Izdepski. Alfred died on March 1, 1992.
For 21 years, from 1958 until 1979, Patricia operated the family owned ‘Dog-n-Suds’ drive-in LaPaz. She took pride in improving upon the franchised recipes. She was an excellent baker – especially cakes, enjoyed sewing and gardening.
She was a member of St. Michael Roman Catholic Church, was longtime active with her husband in the LaPaz Lions Club and their many community service projects.
Patricia is survived by two sons and five daughters and their families. They are: Stephen A. and Lori Izdepski of Plymouth with children; Nicole, Kayla & Sara Izdepski. Betty A. and Steve Klingerman of Plymouth with children; Jon and Angela Day & Andy and Becky Klingerman. Cynthia J. and Steve Rowe of Navarre, Florida with children; Charlene and Dan Rowe. Susan K. and Al Binford of Gulf Breeze, Florida with children; James and Rebecca Wallace, Donnie and Erica Stucky, Jonathan and Laura Wallace, Peni Binford & Lori and Doug Curtis. Mark W. and Lona Izdepski of Glendale, Arizona with children; Daniel and Michael Izdepski & Lisa Turley. Jerrolyn M. and Dale Fansler of Plymouth with children Jeff and Penni Fansler, Richard and Connie Fansler, David and Casi Fansler & Sheri and Gary Butler. Christine J. and Paul Hundt of Plymouth with children; Jason and Kendra Hundt, Nathan and Brooke Hundt, Tim Hundt & Staci Pulliam, along with 31 great grandchildren and three great-great grandchildren.
Also surviving are two sisters; Rosemary Owens of Koontz Lake & Dorothy and Wesley Mitchell of Taft, Tenn. and several nieces and nephews.
She was preceded in death by her parents, spouse and sister June Renz.
Friends will be welcomed to share memories with her family on Thursday, November 9, 2006, from 4 to 8 p.m. and after 7 a.m. on Friday, November 10, 2006, at the Johnson-Danielson Funeral Home, 1100 N. Michigan St., Plymouth.
Funeral services for Patricia will be held on Friday, November 10, 2006, at 11 a.m. in the funeral home. Hospice Chaplain Tom Padberg will officiate.
Burial will be in New Oakhill Cemetery, Plymouth, Indiana.
Memorial gifts in Patricia’s memory may be made to the Center for Hospice & Palliative Care.
“Perhaps the greatest social service that can be rendered by anybody to the country and to mankind is to bring up a family”
George Bernard Shaw