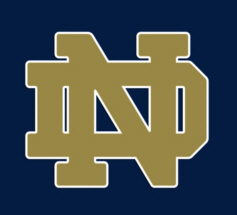 Patricia A. Sporner, 79, passed away after a courageous battle with cancer on May 27, 2014 with her family by her side at the Hospice House of South Bend.
Born in Plymouth, Indiana on October 16, 1934, Patricia was the daughter of Roy E. and Julie A. (Sorter) Luse. She attended Plymouth High School.
On February 15, 1953, Patricia married Carl D. Sporner in Plymouth. He would precede her in death on December 29, 1991.
Patricia was a loving mother and housewife. She enjoyed crocheting items for her family and friends and loved traveling. Patricia was a Notre Dame Football fan, everyone knowing not to disturb her when the game was on. She cherished her time with her grandchildren and great-grandchildren.
Patricia is survived by her six children: Susan M. (Michael) Krantz of Bremen, Patrick D. (Margaret) Sporner of Albany, GA, Philip L. (Barb) Sporner of Bremen, Brian E. (Trisha) Sporner of Bourbon, Daniel R. Sporner of Osceola and Scott A. (Melanie) Sporner of Osceola. 23 grandchildren, 14 great-grandchildren and 6 great-great grandchildren also survive. Her siblings are: Wayne (Vi) Luse of Monon, IN and and Jean Michalski of Plymouth, as well as, several nieces and nephews.
She was preceded in death by her parents; her son Michael D. Sporner in 2008; and her sisters, Agnes Dixon and Della Drake; and brothers, Dale and Kenneth Luse.
Visitation will be from 4-8 p.m. on Thursday May 29, 2014 in the Johnson-Danielson Funeral Home, 1100 N. Michigan Street, Plymouth.
Funeral services will be at 11 a.m. on Friday May 30, 2014 in the funeral home with family friend, Pastor Mike Andrews, officiating.
Burial will be in the New Oakhill Cemetery.
Memorial contributions can be made to the St. Jude’s Children’s Research Hospital 501 N Parkway, Memphis, TN, US, 38105.