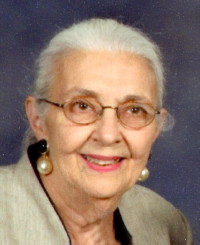 Lifetime Plymouth resident, Patricia Ann Kuskye, 85, passed away Thursday, July 4th, 2019 with loving family by her side. Born in Winamac, IN, the daughter of Franklin and Cora (Murphy) Hartman, Pat was raised in Plymouth and graduated from Lincoln High School with the Class of 1951.
On March 4, 1951 she married Richard C. Kuskye. For 15 1/2 years, Pat was a dedicated employee with Sears Roebuck Co., followed by 6 years with L.M. Berry in Warsaw, and completed her working years with INDOT where she eventually retired.
Humble and genuine to all she met, Patricia always put the needs of others before her own. A true Christian to her faith and love in God, volunteering even to her last days the many activities with church, community and family, in particular the Soup Kitchen weekly events.
Pat was a proud member of DAR, The Daughters of the American Revolution, Royal Neighbors of America, and her church – New Song Church.
Patricia is survived by her two daughters, two sons and their families: Vickie A. Kuskye of Plymouth, Candie L. (Loren) Riddle of Lakeville, Ind., Richard C. Kuskye II of Plymouth, Kirk E.M. Kuskye I of Plymouth and her nephew Buster Biddinger of Bremen IN; her grandchildren Richard (Sadie) Kuskye III, Kirk (Heidie) Kuskye II, Simon Kuskye, Richard Cibryon Kuskye, and Alestiny Kuskye; 6 great-grandchildren ZoÃ« Kuskye, Jacob Kuskye, Masin Kuskye, Richard Kuskye IV, Reese Kuskye, and Kirk Kuskye III; 1 great-great-granddaughter Chaslynn Kuskye.
Welcoming her into the Glory of Heaven is her husband, Richard I, her parents, Franklin and Cora, her sister, Betty Hahn, and her niece, Billie Boos.
In Patriciaâ€™s name – Memorials may be directed to New Song Church, 1292 Baker St, Plymouth, IN 46563 in lieu of flowers.
A honoring of Patriciaâ€™s life will be conducted at a later date.
Proverbs 31:27,28 –
“She looketh well to the ways of her household, and eateth not the bread of idleness.
Her children arise up and call her blessed.”