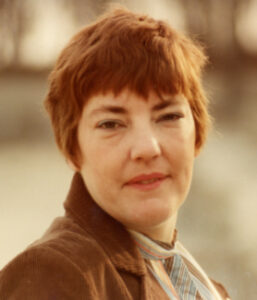 Patricia Elaine (Meehan) Schmidt, 71, of Plymouth, passed away Sunday, June 8, 2014 at Memorial Hospital in South Bend after a courageous battle with cancer. “Pat” Schmidt was born March 23, 1943 in New Rochelle, New York, and was the daughter of Harry L. & Elaine L. (Hibler) Meehan. She graduated from Noblesville High School in 1961 and attended Purdue University where she met her future husband. She was married to Harold J. Schmidt on January 30, 1965 in Carmel, Indiana.
Pat received her degree from Ancilla College in 1979 and had worked as a journalist for the Pilot News and other publications. She was also a deputy clerk for the Marshall County Clerk’s office. Pat was a member of St. Michael Roman Catholic Church and a former member of Delta Theta Tau and the Cancer Association of Marshall County. One of her greatest passions was her genealogy work that spanned several centuries.
She is survived by her husband Harold J. Schmidt of Plymouth and children, Frank Schmidt of Lafayette, Marilyn (Ward) Byers of Plymouth, and Kevin Schmidt (Stephanie) of Elkhart. She also had four loving grandchildren, Kaylee Schmidt, Bobby and Jamie Byers, and Abby Schmidt. She is also survived by cousins, Doug (Kathy) Clark of Monroe, CT, Melissa (Bob) Sutton and Jon Michael (Ann) Hibler both of Los Angeles, CA, and many in-laws, nieces & nephews.
Pat was preceded in death by her parents and brother Bill Meehan, her mother and father-in-law, Frank & Marie Schmidt, brother-in-laws Bernard Stukenborg, Rick, Jim and Bill Schmidt.
Family and friends will join in celebrating the life of Pat Schmidt on Wednesday, June 11th from 4 – 7 p.m. at the Johnson-Danielson Funeral Home, 1100 N. Michigan St., Plymouth. A rosary will be recited at 7 p.m. in the funeral home led by dear friends Barb Lowry & Pauline Pierson. A Mass of Christian Burial will be held at 11 a.m. Thursday, June 12th in St. Michael Catholic Church, 613 N. Center St., Plymouth. Fr. John Korcsmar C.S.C. will officiate.
In lieu of flowers the family requests memorial gifts be given in Pat’s name to the Marshall County Humane Society, P.O. Box 22, Plymouth, IN 46563 or Leader Dogs for the Blind, 1039 S. Rochester Road, Rochester Hills, MI 48307.