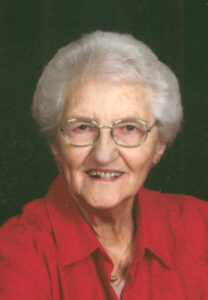 Patricia Hazel (Brooks) Clark exchanged her earthly home for her heavenly home on Saturday, Oct 13, 2012 at approximately 9:20 am. She was 87 richly-lived years old. She was welcomed there by her Savior, as well as her parents, William (Harry) and Adelaide Brooks, her husband, Duewaine Clark and her four sisters, Phyllis Pfahler, Elizabeth Penrose, Bernice Hartung and her twin, Priscilla Strong. She left behind a lifetime of precious memories with her family: her four daughters, Shirley Carpenter, Sheryl Frahm, Barbara Flory and Beverly Rowe, her son, Jeffrey Clark, and their families, which include 14 grandchildren and 7 (soon to be 8) great-grandchildren! This weekend, on Saturday October 20, we will all come together – children, grandchildren and great-grandchildren – to honor her well-lived life. We would be honored to have you join us for that celebration. From 1-3 pm we will have a viewing at her church, Plymouth Church of the Brethren, Plymouth, IN with a special Lions Club tribute at 2:30. The memorial service will be at 3 pm followed by interment at Fair Cemetery, North Liberty. The Johnson-Danielson Funeral Home is in care of arrangements.
Mom began life in Paso Robles, California, the daughter of an emigrant British plumber. From the very outset, she was always so practical! As a young teenager, she asked her father to teach her his plumbing business and also worked at a local service station (at a time when it was very unusual for girls to show an interest in mechanics). When World War II broke out, she and her sister worked for the Army, driving motorcycles, trucks and Jeeps around the base to be serviced – a skill she would recall years later by becoming a school bus driver for the Union-North School Corporation. In 1944, she met our Dad, Duewaine, at an American Legion Hall dance in Templeton. He was stationed at Camp Roberts – the same camp where Mom was working. They were married the following year, on April 21, 1945, a few months before he shipped out to the Philippines – leaving behind a pregnant Mom! Mom did what she has always done best – persevere. Whether that meant sharing a converted chicken coop with her twin, where they shared a refrigerator with the landlord, who had no qualms about stealing food from them! Or finding a converted garage with no bathroom and no running water (with cloth diapers and newborn twins, Shirley and Sheryl, no less!) Mom always did what had to be done – of course it wasn’t always easy, but Mom never minded. Nothing was too much, when it came to family. A belief she lived out every day of her life. After the war, the base closed and the young couple packed all their belongings and their infant twin daughters and moved back to Indiana in their 1940 two-door Ford coupe, where they built their new lives and a new house to match. Dad took over his father’s carpentry business and before long, Barbara had joined the family, followed a few years later by Beverly and finally the only son, Jeffrey. Mom and Dad were active in Pine Creek Church of the Brethren, North Liberty for many years and they both also served with the Lions club auxiliary. Mom was an active Lions member up until the time of her death. She was a recipient of the WP Woods Fellowship Award in 2007, the highest honor bestowed by Lions of Indiana. Mom loved to bowl. She and Dad were involved in leagues at Albert’s Bowling Lanes in LaPaz and Chippewa Lanes in South Bend and they traveled to tournaments all over the country. After Dad’s passing, she continued to bowl on women‘s leagues at Quick’s Lanes in Plymouth, until a few months before her death.
Trees changing color in autumn – something Mom did not experience growing up in coastal California – was part of what she loved most about northern Indiana. So after Dad passed, she built a cozy little house on a quiet side road in the woods, where she could watch the deer and birds and enjoy the trees she loved so much. Anytime family or friends would stop by, they’d find it a welcoming place. Mom was always quick to feed you, pour an extra glass of wine, show you her latest crocheting project or pull out a deck of cards. (And usually win, too!) More than anything, she loved spending time with her family. She was very proud of them and would tell anyone who would listen of their latest achievements. And with a family her size, she had plenty to tell! She never had a bigger smile on her face than when her house was full of family, her cup was full of coffee (or wine) and the air was full of laughter. This weekend when we gather together, there will be coffee, wine, stories, cards, laughter and tears. Most importantly, there will be family. Nothing could honor her memory more.
We love you and miss you.
Your Family:
Shirley (Robert – deceased) Carpenter
Sheryl and Ron Frahm. Jenny and Dave Barrett, Laura, Rachel and Amanda. Chad and Jen Frahm, John and Kate. Mark Frahm.
Barbara and Alan Flory. Matt Flory. Tym and Kristen Flory and Amelia.
Beverly and Larry Rowe. Wendy and Eric Teall (and expecting…?). Tony and Beth Rowe and Clark.
Jeffrey and Dawn Clark. Danica, Jeffrey, Deniecia, Delaiah, Damarah, Dominica and Davenna Clark.
Contributions in Mom’s memory can be made to the Lakeville Lions Club or Plymouth Church of the Brethren.