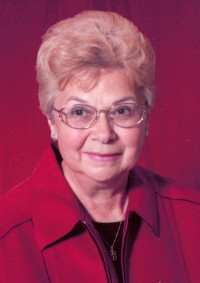 Patsy Kuhn, age 78 years, beloved wife, sister, mom, grandma and friend to all she met went to be with the Lord on July 24, 2020 in her residence. Patsy was born on November 18, 1941 in Plymouth, IN. as one of four children to Forest and Thelma Ronk. Patsy graduated from West High School with the class of 1959. She went on to graduate from Memorial Hospital School of Nursing and received her Registered Nurse license on January 1, 1962. She later got a Master’s degree from Saint Francis College. She worked in nursing and held her license until she retired in October 2011. Patsy was a compassionate and highly skilled nurse who dedicated her career to caring for others. Wherever she served she was an inspiration to others and elevated the standard of the nursing profession. She began her career in Bremen, IN., working with Drs. Bowen, Stine and Burkett. She served as a Director of Nursing at Plymouth’s Miller’s Merry Manor as well as Pilgrim Manor. She also served as a Director and Vice President of Nursing at Saint Joseph Hospital of Plymouth. In addition to working as a nurse fulltime she also managed the books for her husband John’s Sport Shop at Myers Lake. Patsy volunteered for the local Blood Bank and served on the board of Directors for Hannah’s House. She was active in Eastern Star becoming a Worthy Matron in Plymouth and then District Deputy for the State of Indiana. Patsy lived an active and full life alongside her husband of 56 years. She and John E. Kuhn were married on August 10, 1963. She loved her family most of all and instilled in her sons strong values that serve them well. She will be dearly missed and forever in our hearts.
Patsy is survived by her husband John, two sons, Ty (Betsy) Kuhn, and Marc (Cheryl) Kuhn. She has five grandchildren, Anna Kuhn, John Kuhn, Rachael Kuhn, Anna Dunn and Miranda Dunn. She is also survived by her sister Shirley (Ed) Rusher, brother Bill (Karen) Ronk, and sister Peggy (Mike) Perdue, in addition to several nieces and nephews.
A public graveside service will take place on Wednesday, August 5, 2020 at 10:30 a.m. in the New Oak Hill Cemetery, Plymouth.
Memorial contributions can be made to the Indiana Cancer Society (wig services), 6316 Mutual Drive, Fort Wayne, IN 46825, or Kindred Hospice 1476 W 18th St, Rochester, IN 46975.