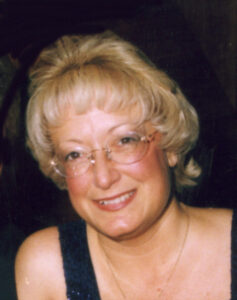 Patti J. Cox, 51, of 13616 6C Road died unexpectedly on Saturday, September 18, 2010 at Thomas Jefferson University Hospital, Philadelphia, Pennsylvania.
She was born on November 11, 1958 in South Bend, Indiana to David L. and Wilma Jean McGowan. Patti was a 1977 graduate of LaVille High School and attended college in Pittsburg, Pa, before graduating from Michiana College of Commerce.
On April 19, 1980 in Lakeville, Indiana, she married Jeffrey R. Cox; he died on February 22, 2008.
Patti worked for 16 years as a Medical Assistant at South Bend Orthopedic.
She enjoyed painting, drawing and reading novels. She also enjoyed traveling and was active in the Plymouth Bowling League. Patti was an animal lover, she spent many hours walking her dog Foxy Ann, whom she saved by adopting her. Another thing she enjoyed was ball room dancing with her beloved husband Jeff, and being with family and friends.
Patti is survived by her son Christopher R. & Jessica K. Cox of Fort Mill, S.C.; brother Dr. Jack & Rose McGowan, Montgomery, TX; sister Suzanne & David Adams, Lakeville, IN; father-in-law James R. Cox, Bremen, IN; Sister-in-law Joetta & Greg Balsley and brother-in-law Jerry & Cindy Cox all of Plymouth. Several nieces and nephews survive as well.
She is also survived by an aunt and uncle, Bud & Jean Mummert, Monticello, Indiana and aunt Marilyn Downs, Plymouth and a cousin, Michael Downs, LaPaz, Indiana.
She was preceded in death by her husband Jeff, her parents, and her mother-in-law Lucille Cox.
Friends are invited to a time of sharing with the family on Friday September 24, 2010 from 4 to 8 p.m. in the Johnson-Danielson Funeral Home at 1100 N. Michigan Street Plymouth, Indiana 46563.
Funeral services officiated by Rev. Paul Hancy will be held on Saturday September 25, 2010 at 10:30 a.m. in the Plymouth Wesleyan Church 11203 S. Michigan Street Plymouth, Indiana 46563.
Burial will be in the Bremen Cemetery, Bremen Indiana.
Memorial contributions in Patti’s name may be given to the American Diabetes Association or to the Marshall County Humane Society.