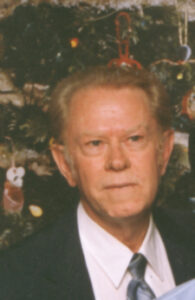 Paul E. Middleton, 78, a resident of North Oak Road since 1991, passed away at his home in the company of his loving family on Monday, October 19, 2009 following an illness.
He was born on February 15, 1931 in Pleasant Plains, Arkansas, the son of Cleddie E. and Clem Z. Roberson Middleton, and has resided in Plymouth the past 59 years.
On April 5, 1953 in South Bend, Indiana, Paul married Pansy J. Griggs who survives.
Paul retired from the Young Door Co. in 1993 after 27 years of service.
His longtime interest in flower and vegetable gardening with his Pansy has been most fulfilling. Another passion of Paul’s was computer technology which he embraced and loved to share with others.
Along with his family he was a member of the United Pentecostal Church – House of Prayer.
Surviving along with his wife Pansy of 58 years are three daughters; Wanda J. (Chuck) Rowe, Linda S. (Mike) Shirk and Darla K. (John Sr.) Wloch all of Plymouth. Six grandchildren and 11 great-grandchildren also survive.
Four surviving siblings are; Alma Sliter, Mayona McDougal, Erlene Brown and D.C. Middleton with numerous nieces and nephews.
He was preceded in death by his parents, two brothers and one sister.
The family will receive friends from 4 – 8 p.m. on Thursday, October 22nd in the Johnson-Danielson Funeral Home, 1100 N. Michigan St., Plymouth. Services will be held in the funeral home on Friday at 11 a.m. with Pastor RD Humphrey and assisted by Aaron Haug. Burial will follow in the New Oakhill Cemetery, Plymouth.
Memorial gifts may be made to the House of Prayer, 12450 Plymouth-Goshen Road, Plymouth and the Center for Hospice and Palliative Care, 112 S. Center St. Plymouth, Indiana 46563.