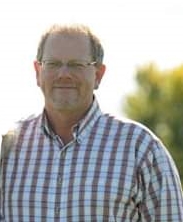 Paul Gordon Woodward 62, of Plymouth passed away on Tuesday April 23, 2019 at his home in rural Plymouth, Indiana. He was born on October 7, 1956 in Burnaby, British Columbia, Canada to Arthur and Francis (Mills) Woodward.
Paul married Jennifer Ann Long Adams on July 6, 2002 in Ft. Wayne, Indiana and she survives.
He is also survived by his sons: Stephen (Robyn) Woodward and their son Cru of Surrey, British Columbia, Canada and Kevin (Kate) Woodward and their daughters Alexis and Lilly of Ottawa, Ontario, Canada, and stepsons Jonathan Adams and daughter Schuy of Lebanon, Indiana, Matthew (Elena) Adams of Honolulu, Hawaii, and stepdaughter Stephanie (Andrew) Lewis and their daughter Ava of Glen Ellyn, Illinois. He is also survived by two sisters: Genoa Raynier of British Columbia, Canada and Tracie Dickson of Alberta, Canada.
He was preceded in death by his parents.
He received his post secondary education studying Chemical and Metallurgical Engineering at British Columbia Institute of Technology. He retired in 2014 after a 30 year career at Correction Service of Canada receiving the Corrections Exemplary Service metal in recognition of 30 years of loyal and exemplary service to law enforcement in Canada. He also was awarded recognition in honor of his service of 30 years of service to the government of Canada. In 2000 Paul was awarded the Correctional Service of Canada recognition certificate for his outstanding contribution to the reconstruction of Kosovo while working with the United Nations.
Paul enjoyed motorcycles, built two 1965 Cobra replica cars as well as enjoyed and was skilled in woodworking and construction to include building outbuildings for the farm. He was an avid golfer complete with plaid knickers. Paul was a very amicable person who was known as the Canadian around town.
Memorial services for Paul will be announced at a later date. Memorial contributions can be made to the American Cancer Society cancer.org or given in Paul’s name to the charity of your choice.