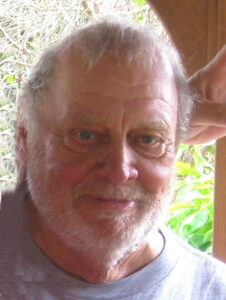 Paul H Rowe, 83, passed away at 6:35pm on Tuesday, April 13, 2021 at Catherine Kasper Life Center in Donaldson due to complications from dementia related to Alzheimer’s.

Paul was born at home in Bremen, IN on April 30, 1937 to Harry and Erma (Cole) Rowe. He was the eighth of nine children and spent his youth in Bremen before moving to Lakeville in his senior year and graduated from Lakeville High School with the class of 1955. He worked with his brother-in-law in construction and helped build the house he would bring his bride to and raise his family in. On June 10, 1956 he married his sweetheart Shirley M Miloserny and treasured 64 years of marriage with her. They welcomed two children Lisa in 1960 and Scott in 1964. Paul began working for NIPSCO in 1965. He retired from the company in 1996 after serving in several different positions. He and his family attended Lakeville United Methodist Church. Paul served as a volunteer fire fighter for the Lakeville department for over 20 years and was one of the first EMT’s on the Lakeville Ambulance Service. Paul loved the outdoors. He was an avid golfer. He loved camping, hunting and fishing although he rarely got a pole in the water and spent most of his time with his head in his tackle box. He and Shirley loved to travel and shared many wonderful adventures over the years.

Friends are welcome from 11am-1pm on Thursday April 22,2021 at Johnson-Danielson Funeral Home, 1100 N Michigan St. Plymouth. A short funeral service will follow at 1pm with Fr. Jay P. Horning officiating. Burial of his remains will follow at Bremen Cemetery, Bremen IN at a later date.

PLEASE NOTE:  For your protection, the entire funeral home staff will wear masks.  It is highly recommended that family members and their guests do so as well.