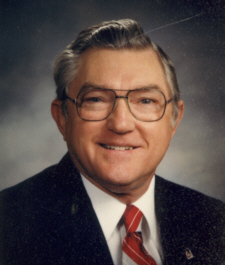 Paul Kinney, 85, of South Bend, IN., formerly of Plymouth, died of natural causes in St. Joseph Regional Medical Center, Mishawaka, on April 28, 2011.
Paul was born in Plymouth on January 11, 1926. He was the son of Arie and Ethel Mae Welborn Kinney. He graduated from LaPaz High School then joined the United States Air Corps from 1943 to 1945
He was a hard working, determined individual toiling in the mint fields and on the railroad. At 10 years old, Paul suffered a serious leg injury that kept him out of school for a year as he journeyed back and forth to Riley Hospital for treatment.
After the military he attended Indiana University, Bloomington, Cal. State, Los Angeles, the University of California, Los Angeles and graduated from the University of Nevada with a B/A Degree in English and Political Science in 1989.
He earned an associate of arts degree in Hospitality at Truckee Meadows Community College, Reno.
On December 14, 1956, Paul and his wife, Shirley (Jaqua) were married. They had a son, Steven Paul Kinney, of Bakersfield, California along with his wife, Ingrid. Paul is survived by three grandchildren Erika, Estevan and Adrienne Kinney.
A brother, Donald Dee Kinney (Dorothy), and a sister, Betty Jane Shelley (Dale) have preceded him in death, along with a son, Karl Kevin Kinney.
Paul was the original designer and operator of the Tri Way Drive Inn theather, Plymouth. He was a member of the Plymouth Kilwinning Masonic Lodge (60 Year member) Orak Shrine, and a 50 year member of the Scottish Rite, Los Angeles, and South Bend. Paul was active in the South Bend and Los Angeles Junior Chamber of Commerce, Toastmasters International, Reno, Al Malakah Shrine, Los Angeles, Kerak Temple, Reno and Orak Shrine and served in numerous offices, President Sumola Shrine Club, Los Angeles, and Kerak Patrol, Reno. Paul enjoyed working with the Boy Scouts and the Exployer Scouts in Los Angeles. He held a private pilots license and enjoyed water skiing, dancing and was an avid reader.
Paul worked for Studebakers and later became an insurance sales representative for several firms before forming his own company in Los Angeles as an Independent Insurance Agent from 1958 until 1978. In Reno he joined Capp Homes as a Nevada sales Representative and was named Rookie of the Year in 1982. He continued working in sales for Montgomery Wards, L.S. Ayers and Macy’s in Mishawaka retiring in 2010.
.
A special thanks to all his doctors, specialist and the staff and nurses at St. Joseph Regional and Memorial Hospitals and for the prayers from family and friends.
The Johnson-Danielson Funeral Home is in charge of arrangements.
The funeral for Paul will be held on Friday, May 6, 2011 at 3 p.m. in the New Oakhill Cemetery Chapel, Plymouth, Indiana.
Military rites will be accorded to Paul following the service by the Plymouth American Legion, VFW, and DAV.
Entombment will follow in the New Oakhill Cemetery Mausoleum, Plymouth, Indiana.