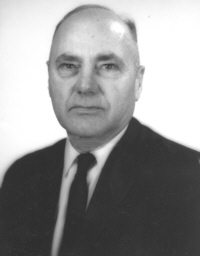 Paul L. Mullen, 98, a resident of Plymouth for the past 45 years, died in his sleep, at Miller’s Merry Manor, 600 Oakhill Ave., Plymouth, at 6:55 a.m., on Wednesday morning, August 31, 2005.
Paul had grown up in and formerly lived in Foxburg, Penn., and Buffalo, N.Y.
He was born in Foxburg on March 16, 1907, the son of Theodore Austin and Ethel Irene McCoy Mullen. He graduated from Foxburg High School with the class of 1925.
Paul came to Plymouth as the manager of the Allied Seed Company. He retired from that position in 1972, after 40 years of service.
He courted and won the hand of E. Ruth Callahan in Buffalo, N.Y. They were married on Sept 16, 1929. Ruth resides, following a stroke, at Miller’s Merry Manor. For the past few years, Paul had also lived there.
He will be remembered for his hospitality and generosity. He and Ruth had their home on Lincoln Highway, just outside of Plymouth. They had one of the first in-ground swimming pools in the area, and Ruth, a Red Cross volunteer, taught many of the local children how to swim.
Friends were always welcomed in their home.
Paul was a fantastic gardener, famous among friends for his fresh produce – especially corn, tomatoes and zucchini. He would host large gatherings where corn, right out of his huge garden, would be served to his guests, dripping with butter. “There is nothing better,” he would say, “than corn on the cob right off the stalk!”
Paul was a volunteer with the Bowen Center for many years. He was also the former treasurer and board member of the Marshall County Mental Health Association. He was an assistant at the Plymouth Public Library in their computer department. A fine bridge player, he enjoyed the game, generally partnering with someone other than his wife. “That is the wisest thing to do,” he would say, smiling. “Saves domestic bickering.”
A woodworker he made a special cribbage board to play the game with his friend, the late Bob Hutchins. Their contests were legendary and would sometimes last for weeks.
He was active in the Republican Party, particularly in the Otis Bowen campaigns of the 1960s and 1970s. Paul is survived by, Ruth, his wife of nearly 76 years and by their three surviving children and their spouses.
They are Jack L. and Margie Mullen, College Station, Texas; Ruth C. and James Buckley, Ozark, Mo.; and Robert F. and Linda Mullen, Flagstaff, Ariz.
Ten grandchildren and 17 great-grandchildren also survive, together with a sister, Bernice O’Brien, Emlenton, Penn.
Paul was preceded in death by his parents, a son, Lloyd Mullen and a brother, Jack Mullen.
Friends will be welcome to celebrate the warm and wonderful life of Paul Mullen at the Johnson-Danielson Funeral Home, 1100 N. Michigan St., Plymouth, on Saturday, September 3, 2005, from noon to 2 p.m.
A memorial service for Paul will be conducted by the Rev. Charles Krieg, pastor of the Salem United Methodist Church, Bremen, at 2 p.m. in the funeral home.
Paul, always thinking of others, has requested that his body be gifted to the Indiana University Anatomical School of Study in Indianapolis, Ind.
Memorial gifts in Paul’s memory may be made to a charity of the donor’s choice.