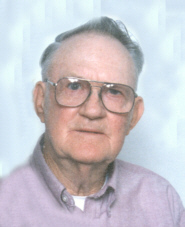 Paul Richard Shafer, 76, of 850 N. Oak Road, Plymouth, died at 6:20 p.m. on Sunday evening, May 8, 2005, in the Bremen Healthcare Center.
Paul, the son of Charles R. and Ethel Gray Shafer, was born in Marshall County on October 1, 1928, and lived here all of his life. He attended Plymouth schools.
On June 12, 1948, in Plymouth, Paul and Geraldine May Booker were married. Jeannie died on Nov. 5, 2000.
Paul served two years in the United States Army and was honorably discharged on August 2, 1954
He first worked for IMC for 20 years, then for Plymouth Radiator for 11 years and for the Plymouth Street Department as Shop Supervisor for 15 years, retiring in 1996.
One of his main interests was hanging around the radiator shop, he was an avid motorcycle enthusiast and had an extensive collection of miniature tractors.
Paul is survived by a daughter, Judy Pauline and James R. Warner, and a son, Mark R. and Malinda Shafer, all of Plymouth.
Two grandchildren, Chase R. (Alexandra) Shafer and Samantha K. Shafer, also of Plymouth, and two sisters, Nina May and her husband, Roy Trump, Plymouth and Rosemary Pike, Bremen, survive as well.
Paul was preceded in death by his parents, his wife and one brother, Donald D. Shafer.
Friends may visit with the family on Wednesday May 11, 2005, from 4 to 8 pm in the Johnson-Danielson Funeral Home, 1100 N. Michigan St., Plymouth, Indiana and continue after 7 :00 am Thursday prior to services.
Funeral services for Paul will be on Thursday, May 12, 2005, at 11:00 am in the funeral home. The Rev. John Perkinson, pastor of the Shiloh church, will officiate.
Burial will be in the New Oakhill Cemetery with Military Graveside Services conducted by the
V.F.W. Post 1162, Plymouth, Indiana.
Memorial gifts in Paul’s memory may be made to the American Lung Association.