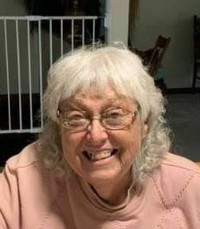 Paula J. Hazen, 76, passed away on Thursday October 29, 2020 at Center for Hospice, Elkhart.
She was born on July 13, 1944 in LaPorte Indiana to Paul and Violet (Snyder) Drake. She graduated from Walkerton High School with the class of 1962. On September 30, 1988 she married her soulmate Roger in Plymouth. In 1982 Paula worked as a window distribution clerk for the Plymouth Postal Service until her retirement in 2007. Paula loved to sing opera, country western and yodeling semi-professionally. Her and Roger were very active in the community as members of the Wild Rose Moon attending just about every concert, they were members of the Pottawatomi Wildlife Park and the Marshall County Historical Museum. She also loved to color.
She is survived by her husband Roger of Plymouth; sons Greg Lowry of Elkhart and Jonathan Lowry of Walkerton; sisters, Judy (Randell) Bryson of Brevard, N.C. and Patricia (Robert) Tomb of Hobart, IN; as well as 3 grandchildren: MacKenzi, Alexander, and Brandon Lowry.
Paula is preceded in death by her parents, brother James Drake, and daughter-in-law Terresa Lowry.
A celebration of life will take place at a later date.
Memorial contributions can be made to the American Heart Association, 6100 W. 96th St. Suite 200, Indianapolis, Indiana 46278.