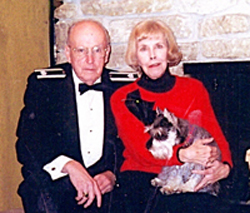 Peggy Aschinger, 86, of Culver, passed away after a brief illness, Saturday, August 11, 2018 in the Millerâ€™s Merry Manor in Culver, Indiana.
Peggy was born September 24, 1931 in Cincinnati, Ohio, to the late Elbert J. and Margaret M. (Hunter) Hughes.
She graduated from Withrow High School in Cincinnati, Ohio. She then earned a Bachelorâ€™s Degree in teaching from the University of Cincinnati, where she was a member of Delta Delta Delta. After raising her children, she was an English teacher for several elementary schools, and was dedicated to reaching the hearing impaired. Peggy taught many years at Culver Summer Schools and was a member of the Huffington Library staff at Culver Academies.
Peg married Philip Edward Aschinger on August 8, 1953 in Cincinnati, Ohio. They would spend the next twenty years living all over the country with their three sons with Phil flying B47â€™s and B-52â€™s and Peg staying home with their three sons until going back to teaching. When Phil retired from the Air Force they moved from California to join Philâ€™s father in his business in Indianapolis. After being there a short time Phil was asked to relocate and become Director of Aviation at the Culver Academies.
Phil and Peggy finally got to take many trips together and spent twelve years taking month long trips all over the world. They made precious memories and amassed many stories to share with their family and friends.
Peg enjoyed shopping, traveling and loved animals. She was gifted in doing needlepoint, knitting and crafting. She enjoyed playing cards and loved spending time with her dear friends.
Surviving are her two sons; Eric of Cincinnati, Ohio, and Chris of Sacramento, California.
She was preceded in death by her parents; husband, Philip Edward Aschinger (March 9, 2018); and their son, Kurt Scott Aschinger.
A Celebration of life service for Phil and Peggy will take place at the Culver Academies at a later date.
Peggy will be taken to Cincinnati, Ohio, to be placed in their family mausoleum at the Spring Grove Cemetery next to Phil.
Memorial contributions may be directed to either your local Salvation Army, or to the Alzheimerâ€™s Association Greater Indiana Chapter, 50 East 91st Street, Suite 100, Indianapolis, Indiana 46240.