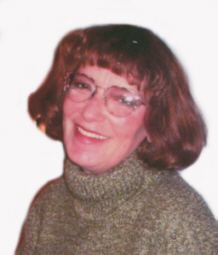 Peggy F. (Shei) Mattox, Union Road, Culver, passed away at 8:42 p.m. Saturday, May 29th, 2010 of a cancer related illness after being diagnosed earlier this year. Peggy faced her illness with a courageous heart and had the ability to make others feel at peace with it all as she passed with her family and friends by her side. She was 58 years old.
Peggy loved nature and was able to spend her remaining time in a beautiful wooded surrounding at the home of a dear friend Gregg Anderson. Friday evening was spent out doors cradled in the arms of her son and daughter taking in the sights and sounds of mother nature.
Born in LaPorte, Indiana on August 22, 1951, she was the daughter of Kenneth J. and Agnes R. Bigler Shei. She graduated from Culver High School with the class of 1969. She then attended Ancilla College.
On February 18, 1981, in Corpus Christi, Texas, Peggy and James Anthony “Tony” Mattox were married. She and her husband lived in Texas for 23 years before she returned to Indiana. Tony died on October 23rd, 2003.
Self-employed with her own cleaning service, she worked for the past three years with Jamieson’s Town & Country Package Store in Culver.
Peggy was a member of the VFW Ladies Auxiliary #6919 of Culver. She showed and designed Arts and Crafts, and enjoyed traveling throughout the United States.
Peggy loved all kinds of music with the exception of “rap.”
She is survived by a son, Joshua J. Mattox and his spouse Brandy of Alice, Texas and her daughter, Anastasia Lee Mattox, of Culver.
Grandchildren, include; Taylor, Mason, Brielle and Tyler.
Three sisters also survive. They are Susan D. Danielson and Sara M. (Terry) Jolly, both of Plymouth, and Katherine M. (Dale) Graves of Noblesville, Indiana.
Several nieces and nephews survive as well.
Peggy has been preceded in death by her parents, her spouse, a son, Kaleb Kenneth Mattox in 2004 and a sister, Lou Ann Shei.
Family will gather with friends on Saturday, June 5th at the VFW Post #6919, 108 W. Washington St., Culver, for a Celebration of Peggy’s life beginning at noon, followed by a meal provided by the Auxiliary Ladies.
In lieu of flowers the family would requests memorial gifts be made to the Alzheimer’s Association, 922 E. Colfax Avenue, South Bend, Indiana 46617 or the Susan G. Komen for the Cure Foundation, P.O. Box 650309, Dallas, Texas 75265-0309.
A special thank you goes out to Karen and Greg Easterday, Gregg Anderson, Teena and Steve Snyder, the Center for Hospice and Palliative Care and their caring volunteers.