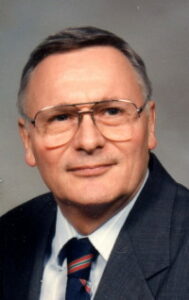 Lifetime resident Peter L. Rockaway, 83, passed away peacefully in his home at 12:22 a.m. on Sunday, January 20, 2019, with family present to provide support and love. Born in Plymouth, Indiana on December 27, 1935, Peter was the son of Richard C. and Mary Ruth (Cole) Rockaway. While growing up, he spent most of his time either on the football field, the basketball court, or at the Candy Kitchen in downtown Plymouth, laughing with his many friends, relationships that endured his entire life. He graduated from Plymouth High School in 1954, and received his Bachelorâ€™s Degree majoring in history from Bowdoin College in Brunswick, Maine. After graduating from Bowdoin, Peter first served in the United States Army, and then received his Doctorate of Law from Wayne State University in Detroit. After receiving his law degree, Peter moved his young family back to Plymouth to begin a legal career that would span 50 years, first at Kizer & Neu, then, in 1978, at his own law firm, The Law Offices of Peter L. Rockaway, at 410 N. Plum Street. During his accomplished career, he also served multiple terms as the City Court Judge for the City of Plymouth.
Peter was a dedicated and very active member of the community. He was a long-time congregant, and member of the vestry, at St. Thomas Episcopal Church. He was also a member of the American Legion Post 27, Moose Lodge, the Kiwanis Club, the Plymouth Public Library Board, and was a chairman of the Marshall County Democrats. On November 6, 1982, Peter married Barbara Benedict (Moser). They experienced many great moments in their 36 years of marriage. Barbara survives Peter, as do his children Peter E. Rockaway of Green Bay, WI, Elizabeth A. (Paul) Boger of Carmel, IN, Brian Newell of Logansport, IN, John (Angie) Newell of England, Susan (Brandy) Wells of Spring Lake, MI, Sarah (Michael) Bero of Hinsdale, IL and Gene Benedict of Chicago, IL. Peter is also survived by 11 grandchildren, his brother, David (Alma) Rockaway of New York City, NY, and nephew Christopher (Maureen) Rockaway of Mendham, NJ.
An avid White Sox fan, Pete loved to sit on his screen porch in the summer, or in front of the fire in the winter, having long, late-night conversations with Barb, their children, their grandchildren, and their many, many friends. Peter also devoured mystery novels, a passion sparked in childhood by the Hardy Boys and their adventures. He was a beloved storyteller in his own right, especially scary stories of his own creation, and would delight his grandchildren with a libraryâ€™s worth of silly rhymes and songs. Known for his remarkable intellect, his commitment to family and friends, his strong work ethic, and his unforgettable sense of humor, Peter will be dearly missed. Visitation will be held from 3-7 p.m. on January 31, 2019 at the Johnson-Danielson Funeral Home, 1100 N. Michigan Street, Plymouth. Funeral services will be held on at 11:00 a.m. on February 1, 2019, at St. Thomas Episcopal Church, 400 N. Center Street, Plymouth, the Rev. Thomas E. Haynes officiating. Visitation will resume one hour prior in the church.
Burial will be in the New Oak Hill Cemetery with Military Honors provided by members of the American Legion Post 27, Veterans of Foreign War- Marshall County Post 1162 and Disabled American Veteran Chapter 42.
In lieu of flowers, the family encourages memorial contributions to St. Thomas Episcopal Church c/o the Peter L. Rockaway Fund, P.O. Box 421, Plymouth IN 46563.