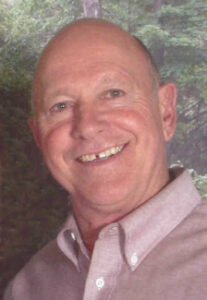 Philip H. Gretter Sr., a man of great faith, was taken homeward to be in Heaven with his Lord and Savior on Saturday afternoon after experiencing a sudden heart attack while visiting the office of Dr. Byron Holm at the LifePlex accompanied by his beloved wife, Barb.
Phil was born on October 12, 1943 in Plymouth to Urban A. and Rita I. (Hoge) Gretter. In 1962, he graduated from Culver High School. On September 23, 1978, Phil married the love of his life, Barbara A. Holm, and they spent each day of the next 37 years at one another’s side. Phil served as a lineman and serviceman for NIPSCO and retired after 35 years. Always full of energy and eager to serve others, he went back to work as a real estate agent at Masterson and Associates. Additionally, he began volunteering at LaVille Elementary School reading to K-3 students. Reading to the children for the past 16 years, this became an important ministry for him, and he always felt honored, privileged, and blessed to be able to share his joy and love with the children. Known as “The Mint Man,” Phil could usually be found handing out his signature green Starlight mints with his trademark smile, sparkling laughter, and an enthusiastic, “Mint Break!” Phil is survived by his devoted wife, Barbara, three children, three grandchildren, and two siblings. His eldest son, David, lives in Fishers, IN, with his wife Whitney, and their three children, Dane, McKenzie, and Reese. His eldest daughter, Jill A. Gretter, lives in Florence, KY. His youngest son, Philip Gretter Jr. (PJ), will marry his fiancé, Charlotte Ridenour, in April with intentions to reside in Indianapolis, Indiana. His brother Gary Gretter resides with his wife Sandy in Greencastle, IN. His sister, Carmen Dickson, resides in Kokomo, IN. His brother-in-law and sister-in-law, Dr. Byron and Mary Holm of Plymouth, also survive along with many nieces and nephews. Phil was preceded in death by his parents and a brother-in-law, Robert Dickson. Visitation will be held on Tuesday, February 9th from 4 – 8 p.m. EDT in the sanctuary of Plymouth Wesleyan Church, 11203 S. Michigan St.
Services will be held at the church on Wednesday, February 10th at 11 a.m. EDT. led by friend and former Pastor Lyle Breeding along with Pastor Ollie Dongell. Visitation will continue in the church after 10 a.m. until time of services.
A luncheon and time of continued sharing will immediately follow services in the church fellowship hall.
Memorial gifts may be given to LaVille Elementary School or Plymouth Wesleyan Church.