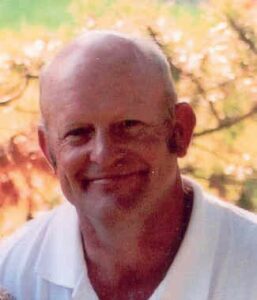 Philip “Flip” Wesley Eads, 52, died Monday, November 06, 2006 after a year long battle with cancer. Phil a Plymouth, Indiana native and PHS graduate in the class of 1972, moved to Fort Wayne after graduating from Lincoln Tech in Indianapolis, IN. At the time of his death he was a dedicated employee with McMahon Truck Center. Former employers include Indiana Department of Highways, Harlan Tire Center, and Goodyear Commercial Tire with 33 years of combined service. Phil loved to work on cars and owned a 1957 Chevy since he was 17 but his real pride and joy were his three granddaughters, Kathleen Rose, Anne Mackenzie and Sommer Elizabeth. These three little girls were his heart and a great source of joy. He was a member of Good Shepherd United Methodist Church. Phil is survived by his loving wife of 28 years, Shannan; a son, Philip J. Eads of New Haven; a daughter and son-in-law, Brianne F. and Anthony B. Suelzer of Poe, IN. Also surviving is his sister, Norma J. (George) Rosh of Indianapolis; brothers, Jerry P. Eads of Columbia City, Roger W. (Cindy) Eads, Tim A. (Angie) Eads and James R. (Beth) Eads all of Plymouth along with numerous nieces and nephews. He was preceded in death by his parents, Nolan M. and Frances I. (Colwell) Eads; and a sister, Barbara Ann.
Services will be held 11 a.m. Thursday in D.O. McComb and Sons Foster Park Funeral Home, 6301 Fairfield Avenue, Ft. Wayne. Rev. Kris McPherson officiating. Calling is from 2 to 9 p.m. Wednesday at the funeral home. Burial in Williamsport, Poe, IN.
Memorials contributions may be made to the family or the donors choice.