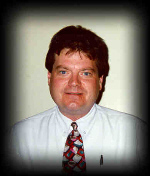 Phillip Edward “Phil” Dills, a lifetime Plymouth resident, died of natural causes at 4:30 a.m. on Tuesday, Nov. 12, 2002 , in St. Joseph Regional Medical Center , Plymouth . He was 47 years old. Phil was born in Plymouth on January 16, 1955, the son of Harold and Phyllis E. Krouse Dills Kunze. He graduated from Plymouth High School with the class of 1973. An athlete, he was a wrestler and a football player. His friend, class and team mate, Bob Read, said that “Phil always kept things lively. He was a funny character and he will be missed.” Phil was an electronic engineer for Indiana Electronics in Granger, Ind. for over 20 years. He designed and installed phone systems and computer systems throughout northern Indiana . An outdoorsman, he had a genuine appreciation and respect for guns and hunting. A baseball coach, he took one local team to a national tournament in Texas, winning 1st place. He also was a coach for the Marshall County Junior Football League. He was a member of the Plymouth Moose #741 and Elks Lodges. Phil is survived by his mother, Phyllis Dills Kunze and step-father, Kenneth E. Kunze, both of Plymouths. A brother, Stephen R. (Vickie) Dills and their children, three nephews and a niece, Matthew, Nicholas, Adam and Morgan Elizabeth Dills, all of Jasper, Ind., also survive. A step brother, James C. (Renate) Kunze, and two step-sisters, Lora ( Bryan ) Renz and Kathy (Jim) Bottorff, all of Plymouth , survive along with several cousins. Phil was preceded in death by his father, Harold, in 1977. Visitation with the family will be from 4 to 8 p.m. on Thursday, Nov. 14, 2002, in the Johnson-Danielson Funeral Home, 1100 N. Michigan St., Plymouth. Funeral services will be in the funeral home on Friday, Nov. 15, 2002, at 2 p.m. The Rev. Dr. David Moffett-Moore, pastor of the First United Church of Christ, will officiate. Burial will be in Oakhill Cemetery, Plymouth. Memorial contributions may be made to the charity of the donor’s choice.