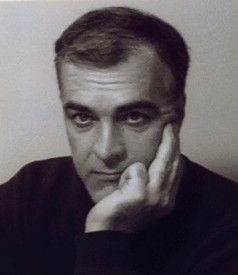 Phillip James Smith, 52, a resident of 13460 W. 13th Road, Plymouth for the past five years, passed away Sunday morning at his family home. Phil began to experience the effects of ALS – Lou Gehrig’s Disease in the fall of 2007 and was diagnosed in February of 2008.
Phil was born on November 30, 1956 in Plymouth, the son of Billy J. and Kay F. (Morgan) Smith. Raised in Plymouth with siblings, sister; Carol and brother; Robin. He graduated from PHS with the Class of 1975.
He was a twenty-three year employee of the Young Door Corporation and most recently was a crew driver with the Indiana Dept. of Transportation until March of 2008.
On January 27th, 1989 he and Gayle (Whitaker) Warner were married in Plymouth. Together they have three children; Andrea N. (Warner) and husband James E. Parker of Huntersville, NC, and Elizabeth K. Smith and Sean M. Smith, both at home. Grandsons include: Austin and Alex Parker.
When the children were young, Phil helped with coaching Little League and the Junior Football League. He enjoyed outdoor activities such as golf and the sport of fishing especially trips into Minnesota. His team was the Chicago Bears and he was a member of the Loyal Order of the Moose No. 741.
Phil never allowed the progression of his illness to keep him from the sidelines of the basketball and volleyball courts, softball field or track, where he was often seen in his wheelchair supporting his children’s many activities along with his wife and parents.
Also surviving is his sister and family; Carol A. and Mike Stockberger of Walkerton and brother; Robin D. and Diana Smith and family of Plymouth which includes several other nieces and nephews and mother-in-law; Lillian Whitaker.
Preceding in death were paternal grandparents; Carl and Orpha Smith and maternal grandparents; Oscar and Hazel Morgan. Family and friends are invited to share memories in the life of Phil Smith on Wednesday, April 29th from 3 – 8 p.m. in the Johnson-Danielson Funeral Home, 1100 N. Michigan St., Plymouth.
To honor Phil’s wishes there will be no formal funeral services held. He and the family would ask for memorials to assist in a cure, be given to the ALS Association – Indiana Chapter c/o 6525 E. 82nd Street, Suite 115, Indianapolis, Indiana 46250.