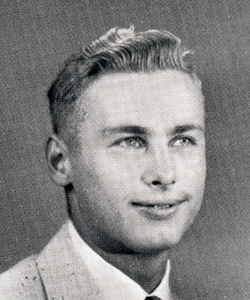 Phillip L. â€œPhilâ€ Beatty 79, of Queen Road, Plymouth, went home to be with the Lord on Friday September 29, 2017 at the Pilgrim Manor, Plymouth.
Phillip was born on August 11, 1938 in Bourbon, Indiana to Howard and Eloise Shoda Beatty.
He married Carol Jean Cox on September 9, 1960 in Plymouth, Indiana and she survives.
He graduated from West High School in 1958 and was very active in the Future Farmers of America.
He had farmed from the time he could walk and continued his entire life.
Phillip also served in the Indiana National Guard.
He is survived by his wife, Carol and one son, Jeff (Jennifer) Beatty of Plymouth, Indiana and two daughters, Joan (Rich) Seaman of Ft. Wayne, Indiana and Julie (Steve) Harrell of Plymouth, Indiana and granddaughters, Mandy Mitchell, Lynndie Montgomery (Leif), Katie Milliser (Grant), Mary Elizabeth Beatty, Haley Harrell and Ashley Harrell, one grandson, Drew Harrell and great grandchildren, Seth Gilcrease, Kaden Milliser and Grace Milliser.
Private Family Services were held at New Oak Hill Cemetery, Plymouth on Monday October 2, 2017 with the Rev. Chuck Krieg officiating.
Memorials should be directed to Alzheimerâ€™s and Dementia Services of Northern Indiana, 922 E. Colfax South Bend, Indiana.