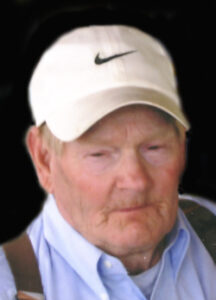 Phillip Eugene Martin, 72, a Culver resident since 1964, died at 7:26 p.m. on Friday, January 1, 2010 at Saint Joseph Regional Medical Center, Plymouth.
The son of Grace Lee Francis Dills Martin & Oscar Nathan Martin, he was born on December 29, 1937 in Eaton, Ohio.
He served stateside in the United States Army from 1955 – 1964.
Phillip enjoyed maintenance work and doing what he called, “puttering.” He enjoyed animals and cared for the horses of a longtime friend. He continued to do this until recently. He also enjoyed and always kept dogs and cats. His cat, Leo, was very special to him. He had a strong faith in God and drew strength from reading his Bible. He worked for many years helping to set up revival tents in several states. Recently, Phillip attended Wesley United Methodist Church, Culver. He is survived by his daughter, Mrs. Kimberley (Javier) Mendez, granddaughter, JoAnna Mendez, and Shirley DeBow, Kimberley’s mother, who remained present in his life, even after they divorced in 1976. He also had many nieces and nephews, many friends, including his church family at Wesley United Methodist Church, Culver, Indiana, and friends at Forest Place Apartments. Phillip was preceded in death by his parents; five brothers: Benjamin, Everett, Stanley, James, Paul and five sisters: Esther Richards, Mildred Austin, Norma Lee Martin, Olivia Pugh, Dorothy Kuhn.
Services for Phillip will be held at a later date.