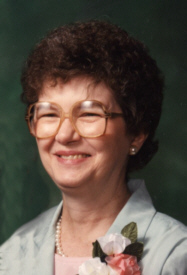 Phyllis J. Kelsey, 78, living at 827 Oakhill Ave., Plymouth, since 1968, passed away with her family by her side at her residence, Monday, September 21, 2015. Phyllis was born November 26, 1936 in Plymouth, where she lived for all her life. Her parents were F. John and Ada (Goss) Hutchings. On March 29, 1958, Phyllis J. Hutchings married Robert J. “Bob” Kelsey; he preceded her in death on November 9, 2002. She was a cashier for many local grocery stores and retired from Martin’s Supermarket. She was a good steward of everything she was given. All she wanted was for her children to be good human beings. Her life revolved around her children. She also was a member of St. Thomas Episcopal Church. Her children are: : Beth (Bill) Vore, Plymouth; Roberta J. (Rick) Schlinglof, Logansport, IN., Kurt A. (Bernadette) Kelsey, Warsaw, IN.; fifteen grandchildren; Eric Ledbetter, Christopher Ledbetter, Chad Ledbetter, Seth Rulapaugh, Justin Schlinglof, Jared Schlinglof, Nicole Coldiron, Katlyn Kelsey, Christian Kelsey, three great-grandchildren; Ashlyn Brumett, Kyla Coldiron, Hannah Coldiron. Also surviving are five siblings; Susan Newman, Plymouth, Toni Hutchings, Plymouth, Helen (Larry) Beedy, Plymouth, Elizabeth Smith, Orland Park, Ill, and James Hutchings, Indianapolis. Phyllis was preceded in death by her parents, husband, four sisters; Marjorie “Mudge” VanVactor, Ada Petill, Mary Jane Pulliam and Ruthie Hutchings, two brothers; John and Robert Hutchings. Friends are invited to visit with the family from 4-7 PM Thursday, September 24, 2015, at the Johnson-Danielson Funeral Home, 1100 N. Michigan St., Plymouth, and from 11:00 AM until time of service on Friday at the church. A funeral Mass will be held at 12:00 PM Friday, September 25, 2015 at St. Thomas Episcopal Church, 412 N. Center St., Plymouth, with Father Thomas E. Haynes officiating and assisting will be Father Clark Miller of Trinity Episcopal Church of Logansport. Burial will be in New Oakhill Cemetery.
In lieu of flowers, contributions may be directed to either St. Thomas Episcopal Church or The Center for Hospice and Palliative Care, 112 South Center Street, Plymouth, Indiana 46563.