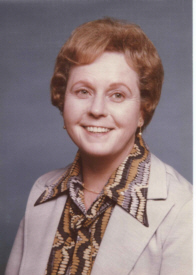 Phyllis R. Jacox, 90, passed away at 11:10 a.m. on Tuesday, August 18, 2015 at the Rose Arbor Hospice in Kalamazoo, Michigan.
Phyllis was born in Plymouth, Indiana on August 9, 1925 to Cornelius E. and Lena E. (Hite) Rogan. She graduated from Argos High School with the class of 1944.
Phyllis became the bride of Roger A. Jacox on May 4, 1944 in Plymouth, Indiana. The couple moved to South Bend in 1953. She worked for the University of Notre Dame as a secretary for 20 years before her retirement in 1979.
The couple would then move back to Plymouth in 1993, continuing as members of the First Presbyterian Church. In 2013, they would move to Kalamazoo to be near their daughter.
Phyllis is survived by her loving husband of 71 years, Roger of Kalamazoo, and daughters: Patricia E. (Ray) Stradtner of Chandler, IN and Pamela A. (Gary) Zandt of Kalamazoo, MI; four grandchildren: James (Misty) Stradtner of Newburg, IN, Tonya Shadoan of Fishers, IN, Kara (Scott) VanAvery of Kalamazoo, MI and Nathan (Rebecca) Zandt of Colorado Springs, CO; and 10 great-grandchildren.
She was preceded in death by her parents, and brothers: Donald, Robert, Patrick, and Lowell Rogan.
Visitation will be from 1-2 p.m. on Saturday, August 22, 2015 in the Johnson-Danielson Funeral Home, 1100 N. Michigan Street, Plymouth, IN. Funeral services will follow in the funeral home at 2 p.m. with Rev. Les Johnson officiating.
Burial will follow in the New Oakhill Cemetery.
Memorial contributions can be made to the First Presbyterian Church, 401 N. Walnut, Plymouth, IN 46563.