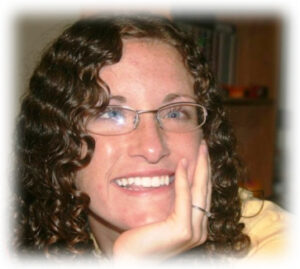 A gathering of family and friends to celebrate the life of former Plymouth resident, Rachael Elizabeth Caldwell Cinnamon, will take place on Monday December 15th from 5:30 – 7:30 p.m. in the Johnson-Danielson Funeral Home 1100 N. Michigan St., Plymouth.
Preferred are memorial gifts to Elijah’s Education Fund to be established at First Federal Bank, 2113 N. Michigan St., Plymouth, IN 46563.
Rachael was completely healed when she went home to be with her Lord on Friday, December 5, 2014 at 12:20 am. Her husband Jeffrey was at her side. Rachael passed away after an extended illness as a result of a heart attack suffered in August 2012.
On July 18, 1986, Rachael was born at the old Parkview Hospital in Plymouth, IN to Dave and Diana (Casto) Caldwell who survive. She graduated in 2005 from Plymouth High School where she played soccer and flute in the band all 4 years. In 2008, she graduated from Carson Newman College in Jefferson City, TN with a double major of Psychology and Sociology.
Rachael enjoyed music, the outdoors and her photography where she was always taking pictures of family and friends. She delighted in helping people as evidenced in her various mission trips to serve those less fortunate. But most of all she loved and served her Lord and Savior, Jesus Christ.
On October 3, 2009, Rachael married the love of her life, Jeffrey Wayne Cinnamon of Knoxville, TN and on August 13, 2012 she gave birth to their beloved son, Elijah Joel Cinnamon, both of whom survive.
Survivors also include two brothers, Patrick L. (Hilarie) Pistelli and children Tanner, Chloe, and Chlara Pistelli of Greencastle, IN; David R (Quincey McNelis) Caldwell of Montgomery, PA; and three sisters, Shannon (Mark) Kovalcik and children Caylie, Joshua, Abagail, Hannah, Josiah, Sarah, Rebekah and Leah Kovalcik of Sumter, SC; Amanda Chavez and Andrew, Alexis and Bryan of Warsaw, IN; and Angela (Ken) Gumbiner and children Molly, Riley and Tyler of Fort Wayne, IN. In addition her father and mother-in-law, Ron and Shiela Cinnamon, Knoxville, TN, maternal grandmother, Lura Belle Casto of Leon WV, and paternal grandmother, Phyllis Hutton of Plymouth, IN survive along with many loving aunts, uncles, cousins and friends. Rachael was preceded in death by her and Jeffrey’s premature son Shiloh, her maternal grandfather Denver Casto, paternal grandfathers Bob Caldwell and Frank Hutton, and her uncle Jim Caldwell.
Visitation was held on Sunday, December 7th from 2 – 5 p.m. in the Casto Funeral Home, 157 Evans Road, Evans, WV, with services on Monday, December 8th at 2 p.m. in the Creston Church, 675 Creston Road in Evans. Burial followed in the Creston Cemetery.
Romans 15:13 – May the God of hope fill you with all joy and peace as you trust in him, so that you may overflow with hope by the power of the Holy Spirit. NIV