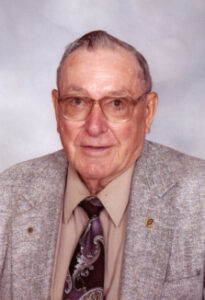 Ralph C. Lamborn, 89, of 6A Road, passed away in his home following an extended illness on Sunday afternoon, June 8, 2014 at 4:06 p.m. surrounded by family.
Born in Plymouth on the Hugh Quivey farm and grew up where the current Burger King stands. Ralph was born November 21, 1924 to Robert Clifford and Gertrude A. (Wisely) Lamborn. As a child he attended Brightside School and then graduated from Plymouth Lincoln High School with the class of 1942.
Ralph enlisted into the U.S. Navy on May 6, 1943 and became a ship’s cook/2nd Class. He sailed the Atlantic and Pacific Oceans while serving during World War II. Ralph served in the World War I ship that was washed ashore before breaking apart, due to a typhoon in Okinawa. He was also at Nagasaki shortly after the atomic bomb had been used. Ralph was honorably discharged on April 5, 1946 and awarded many metals and awards which include: the European-African-Middle Eastern Campaign Medal, the American Campaign Medal, the Asiatic-Pacific Campaign Medal with Bronze Star, Navy Good Conduct Medal, Navy Occupational SVC Metal-Asia Clasp, Honorable Service Lapel Button, World War II Victory Medal and the Philippine Liberation Ribbon.
Shortly after his discharge, Ralph married Doris Annabelle (Long) Lamborn on July 27, 1946 in Plymouth. She would precede him in death on April 9, 2005.
Ralph helped his dad with local trucking of livestock and the hauling of hay, grain and machines on the Pilgrim Farms. He also worked in general maintenance for Farmers State Bank, now the 1st Source Bank, in LaPaz. Ralph retired in 1991.
He was a member of the Trinity United Methodist Church and the American Legion Post 27.
Ralph is survived by his daughter, Debra S. Bixel and special friend Jerry Eby of Plymouth and her children Amy (Ted) Rotering, William (Angela) Hesler, Melissa (Marcus) Courtney, and Melanie Brown, and son, Dennis B. (Gloria) Lamborn of Mishawaka and their children, Holly (Andrew) Irwin and Forest Ann (Jonathan) Sherk. As well as, his 8 great- grandchildren: Aron, Bailey, Leita, Victoria, Olivia, Noah, Jordan and Hadley. His sisters are Margaret Markley and Hilda Bowman, both of Plymouth along with many nieces and nephews.
The family would like to extend a special thank you to, Michele Stone, who has been Ralph’s caregiver for the past six years and to all the other caregivers along with the Center for Hospice Care.
He was preceded in death by his parents, spouse, and great-granddaughter, Christina Rotering.
Visitation will be from 3-8 p.m. on Thursday, June 12, 2014 in the Johnson-Danielson Funeral Home, 1100 N. Michigan Street, Plymouth.
Funeral services will be at 10:30 a.m. on Friday, June 13, 2014 in the funeral home with Fr. Jeffrey Largent, St. Mary of the Lake Church, Culver officiating.
Burial will follow in the New Oakhill Cemetery with Military Honors provided by members of the U.S. Navy Honor Guard, the American Legion Post 27, Veterans of Foreign Wars – Marshall County Post 1162 and the D.A.V.
Memorial contributions can be made to Center for Hospice Care 112 S. Center St. Plymouth IN 46563 or donor’s choice.