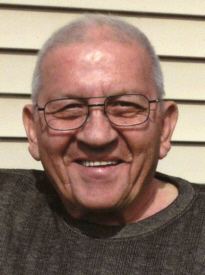 Ralph Ervin Burkholder, 66, a resident of 10885 9A Road in Plymouth, passed away at his home on Wednesday, July 10th at 3:40 p.m. following a strong and courageous battle with lung cancer.
Ralph was born into the Amish community on September 29, 1946, to Ervin and Iva (Yoder) Burkholder, in Bremen. He was the sixth of eleven children born to them.
In May of 1965, after leaving high school, Ralph joined the United States Air Force, where he earned his GED during the Vietnam War. He was honorably discharged in November of 1968. He was then a local truck driver for almost 40 years, working for Central Transfer, CF and Holland Freight.
On June 1, 1974, Ralph married Virginia (Ginny) Ellen MacLain of Plymouth. They recently celebrated their 39th wedding anniversary. Ralph enjoyed his retirement from Holland Freight at the age of 62, which gave him time to work outdoors, spend time with his grandkids, read, go fishing with his good friend Bill Snyder and ride all over town on his scooter. He loved meeting all of his friends daily for morning coffee at McDonalds.
Ralph is survived by his wife Ginny, their children Joshua Burkholder (fiance Jamie Branson and Jamie’s daughter Hannah) of Culver and Rachel (Jim) Pike of Plymouth, grandchildren McKenna, Kole and Kendra Burkholder of Argos and Ethan, Caleb and Alexis Pike of Plymouth. Brothers Lyle (Lena) Burkholder, Robert Burkholder, Orval (Roberta) Burkholder, Ernie (Jacque) Burkholder and Martin (Joann) Burkholder; sisters Arlene (Howard) Torkelson, Josie (Neil) Baer and Rebecca (Arlin) Geigley; aunts Clara Burkholder and Barbara Burkholder. Also surviving are Ralph’s in-laws; Rose MacLain (mother-in-law), Paul (Betty) MacLain, Karen (Ric) Liedtky, Doug (Kay) MacLain, and Michael (Michelle) MacLain. He is also survived my many nieces, nephews, and cousins.
He was preceded in death by his parents Ervin and Iva, two sisters Verta and Edna Mae, father-in-law Hughie MacLain, sister-in-law Joyce Fraiser, and daughter Erica Lynne Burkholder, who died shortly after birth.
Visitation will be held on Sunday, July 14th from 2 – 6 p.m. in the Johnson-Danielson Funeral Home, 1100 N. Michigan St. Plymouth. No funeral services will be held. Military Honors will be provided by the Veterans of Foreign War- Marshall County Post 1162 and D.A.V.
In lieu of flowers, memorial gifts may be given to the Cancer Association of Marshall County, c/o 9739 Sunnyside Drive, Plymouth, IN 46563, Center for Hospice, 312 S. Center St., Plymouth, IN 46563, or of the Donor’s Choice.