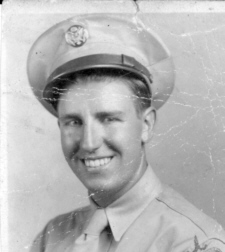 Lifetime Plymouth resident Ralph E. Schaal, 87, of Briarwood Avenue, died unexpectedly of natural causes on Monday August 30, 2010 at 9:48 a.m. in the St. Joseph Regional Medical Center, Plymouth Campus.
Ralph was born the son of Ralph Cleo and Fern (Kanarr) Schaal in Plymouth on November 22, 1922.
He was a 1941 graduate from LaPaz High School.
On June 16, 1945 he took Rula June McCan as his wife in Plymouth. This past June they celebrated their 65th wedding anniversary together.
Ralph was a Staff Sergeant during WWII, a member of the Army Air Force, 388 Bomber Unit. He was stationed in England as a Tail Gunner on the B-17, at the time of his death Ralph and his pilot were still corresponding with each other; they were the last two to survive from their unit.
After 32 years of employment with the Bendix Corporation he retired in 1983 as a fuel control calibrator.
Ralph enjoyed gardening, keeping up with current events on the computer, collecting baseball cards and stamps, and he was an avid Cubs fan.
He attended the Pretty Lake Trinity United Methodist Church where he served as a Trustee for many years.
Ralph is survived by his beloved wife June, four daughters and their families, Rose M. & Phillip Calvert of Muncie with daughter Teresa Calvert; Karen S. and Steve Holdread of Lake Havasu, AZ with children Denise and Chris Holdread; Diane K. Schaal and spouse Harold Scott of Etna Green; and Mary Ann High of Plymouth with children Kara Wagoner and Andrew High. Five great-grandchildren survive as well along with numerous nieces and nephews.
Also surviving are brothers Gale and Virginia Schaal and Donald and Gertrude Schaal all of South Bend, and sisters Phyllis and Dale Reaker and Linda and Jerry Eby all of Plymouth.
He was preceded in death by his parents.
A time of visiting with Ralph’s family will be held on Thursday September 2, 2010 from 4 to 8 p.m. in the Johnson-Danielson Funeral Home 1100 N. Michigan Street, Plymouth.
Funeral services will be held on Friday September 3, 2010 at 10:30 a.m. in the funeral home. Rev. James Irwin, pastor of the Pretty Lake Trinity United Methodist Church will officiate.
Burial will immediately follow services in the New Oakhill Cemetery, Plymouth.
Memorial contributions in Ralph’s name may be given to the Pretty Lake Church 8985 SR 17, Plymouth, Indiana 46563.