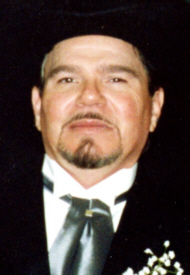 Randall A. Wilson, 60, passed away in his home on Saturday, March 14, 2015.
Randy was born on June 30, 1954 in Indiana and was adopted by Richard and Elsie Wilson. He served our country in the U.S. Army during the Vietnam Era as a truck driver.
Randy worked for Kroger, where he met his wife, Jessica Lynne Dickson. The couple married on November 29, 2003 in the Church of the Heartland in Plymouth. He was a great husband and an amazing father to his little princess, Brandy Lynne.
He also worked for Del Monte Food Corp. and Bay Valley Foods. Randy was a huge Colts fan, and enjoyed hockey and basketball as well.
Randy is survived by his wife, Jessica and his daughter, Brandy, both of Plymouth; his children Ryan and Christina Wilson; his mother-in-law, Christina Dickson of Plymouth; father-in-law, Greg Dickson of South Bend; brother-in-law, Mason Dickson of South Bend; sister-in-law, Julia (Art) Fugate and their children, Noah and Ethan, all of Klamath Falls, OR; and his step-children, Becky and Caleb Weyrick of Plymouth.
He was preceded in death by his father and his former wife, Susie Wilson.
A memorial service will be held at 6:00 p.m. on Thursday, March 19, 2015 in the Church of the Heartland, 705 E. Jefferson Street, Plymouth. The family will receive friends after the service.