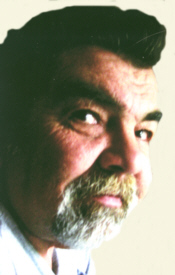 Randy Earl Swango, age 61, a Plymouth resident for the past 29 years, died suddenly at St. Joseph Regional Medical Center-Plymouth Campus, on Thursday, January 17th after twelve years of failing health.
Randy, the son of Melvin E and Norma Jean (Bishop) Swango, was born March 19, 1951 in Rochester, Indiana. He attended Rochester schools.
He was the beloved husband of Cindy M. (Patrick) Swango, whom survives. They were married on February 14, 1987 in Plymouth, Indiana.
Randy worked for Hehr International in Plymouth for 10 years until his retirement in 1999. He was a member of the National Rifles Association and was avid Notre Dame Football fan. He enjoyed collecting guns, knives, and hunting gear. He also enjoyed scratch off tickets. Randy had the biggest heart and loved his children and family very much.
Randy is survived by his sons: William A. Swango of North Carolina, Joseph Swango of North Carolina and Randy (Linda) Franz of Rochester; his brothers: Melvin (Frankie) Swango of Rochester, Dave (Debbie) Swango of Rochester and Steve (Chris) Swango of Virginia; eight grandchildren and 1 great-grandchild; special nieces: Casie Jo Shanyfelt, Chasity Nicole Patrick, Toni Ann Patrick, and Melinda Swango; a great niece and great nephew, and his mother-in-law, Rosemary E. Patrick of Plymouth.
He was preceded in death by his parents and his son Timothy Swango.
Visitation with the family will be from 12:00 p.m. – 2:00 p.m. on Sunday, January 20, 2013, in the Johnson-Danielson Funeral Home, 1100 N. Michigan St., Plymouth.
Funeral services in the funeral home will immediately follow the visitation at 2:00 p.m. led by Life Celebrant Roberta Norris.
Burial will follow in New Oakhill Cemetery, Plymouth.
Memorial gifts may be made to the Wounded Warrior Project, 230 W. Monroe Street, Suite 200, Chicago, IL 60606