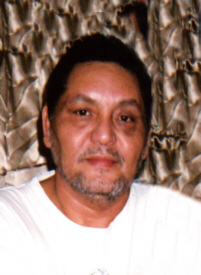 Raul A. Navejar, 54, formerly of Mission, Texas, passed away of natural causes on Sunday morning, January 4, 2015 at the Indiana University Hospital, Indianapolis.
Born in Reynosa, Mexico on November 18, 1960, Raul was the son of Pascual and Maria A. (Avila) Navejar. From an early age, he was a hard worker. He did construction work for various projects in Mission, Texas. After moving Plymouth, Raul worked for Pioneer for 13 years and then as a truck driver.
Raul married Silvia Rico in Reynosa, Mexico in 1978. The couple moved to Texas and then to Plymouth in 1996.
He liked trips to Texas and Mexico to visit his family and going to the beach. He spent time with his Husky, Bella, and loved to exercise and keep in shape. Raul enjoyed cook-outs and spending time with his children. He was a great grandfather and showed that he loved each and every one of them. He was always a kind and well respected man. He had a great sense of humor and was a huge lover of life. Raul was the type of person to always make it possible to put a smile on your face and make you laugh. He was a loving husband, an amazing father, a very supportive person and a great friend.
He is survived by his loving wife, Silvia of Plymouth, his mother Maria of Reynosa, Mexico and his children: Francisco (Norma Copal) Navejar and his children, Aurora, Francisco, Darwin and Barbara, all of Mission Texas; Roberto (Elaine Davidson) Navejar and his children, Isaac, Isaiah, Izequiel, Raul and Natalee, all of Tyner; Jessica (Antonio Regalado) Navejar and their children, Alondra, Logan and Lucas, all of Ft. Wayne; Yessenia (Chris Klingerman) Navejar of Plymouth; Samantha Navejar of Plymouth; Romina Navejar of Plymouth; and Isreal Holguin of Plymouth.
His siblings are: Ercilia Olvera of Plymouth, Julia Navejar of Reynosa, Mexico, Silvia Navejar of Plymouth, Maria Navejar of Plymouth, and Rogelio, Virgilio, Roberto, Santos, Guadalupe and Manuel Navejar all of Mission, Texas.
He was preceded in death by his father, Pascual, his infant son Christopher, and grandson, Cristobal Navejar.
Visitation will be from 5 -7 p.m. in the St. Michael’s Catholic Church, 612 N. Walnut in Plymouth on Friday, January 9, 2014.
Burial will be in Mission, Texas.
Memorial contributions can be made to the family.