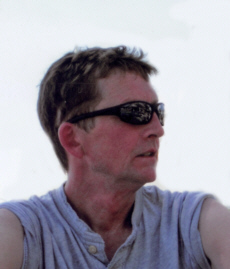 Allen Flosenzier, 49, a lifetime Plymouth resident, passed away Sunday, March 13, 2011 at 8:34 a.m., in Saint Joseph Regional Medical Center, Mishawaka, following an illness.
Allen was born on May 5, 1961 to Jean and Guy Flosenzier.
He attended Plymouth Schools.
Allen and Jamie Fletcher were married on October 1, 1983 at Knox.
He had worked for Carpenters Union Local 413. A member of the Moose Lodge in Plymouth, Allen enjoyed ginseng and mushroom hunting. He also spent time gardening and floating down the Yellow River with Friends. He loved to vacation in Mexico with his wife and friends, attend Colts games and play the lottery.
Ray is survived by his wife, Jamie; a daughter, Lindsay (Matthew) Souder; his parents, Guy and Jean Flosenzier; a brother, Paul (Sherri) Flosenzier; two sisters: Kay Orangias and Debbie (Robert) Johnson; seven nephews and two nieces. He was preceded in death by a sister, Paula Sue Morris and a brother-in-law, Chuck Orangias.
Friends are invited to share memories with Allen’s family on Saturday, March 19, 2011 from 1 to 3 p.m. at the Johnson-Danielson Funeral Home, 1100 N. Michigan St., Plymouth.
Memorial services, officiated by the Rev. Charles Krieg, will be held immediately following visitation at 3:00 p.m. on Saturday.
In lieu of flowers, memorial gifts may be made to Allen’s family.