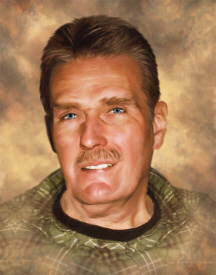 Raymond A. Holmquist, 71, of Plymouth, passed away early Monday morning, April 11, 2016 in Memorial Hospital, South Bend.
Raymond was born July 27, 1944 in Chicago, Illinois, to the late Alden and Hazel (Almquist) Holmquist.
He graduated from Tyner High School in 1962. He then graduated from Acme Trade School where he became a Tool & Die Designer. Raymond then went on to serve with the United States Army, where he was honorably discharged in 1965.
On April 30, 1966 in Walkerton, Raymond married Pat Baker. The couple shared almost 50 loving years together and raised three children, Kim, Mark and Jill. Raymond owned and operated Square “T” Design, retiring in 2007. He absolutely loved going to different pet stores and looking at all the salt water fish. This is something that he has passed down to his children. He also was a member of the North Liberty Church of Christ. Surviving is his wife of almost 50 years of marriage; Pat Holmquist of Plymouth, his three children; Kim (Brian) Kaser of Walkerton, Mark Holmquist of Walkerton, Jill (Brandon) Berger of Plymouth, seven grandchildren; Cole Kaser, Leah Kaser, Sydney Holmquist, Sophie Holmquist, Kynley Holmquist, Cody Berger and Abby Berger. Also surviving are numerous nieces and nephews.
Raymond was preceded in death by his parents; Alden and Hazel Holmquist, and two sisters; Joan Brown and Carol Muncie. A Celebration of Life will be held on Saturday, April 16, 2016 at the North Liberty Church of Christ, 65225 State Road 23, North Liberty, Indiana, at 11:00 AM. Pastor Tim Stewart will be officiating.
In lieu of flowers, the family has requested memorial contributions be directed to the North Liberty Church of Christ, 65225 State Road 23, North Liberty, Indiana 46554. Notes of condolence may be sent to the family through the web-site: www.johnson-danielson.com