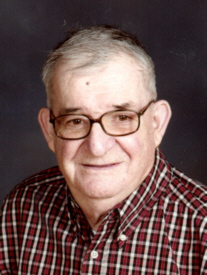 Raymond C. Cole, 84, passed away unexpectedly at 9:19 a.m. on Sunday, January 11, 2015 at the St. Joseph Regional Medical Center, Plymouth.
Born on June 10, 1930 in Plymouth, Indiana, Raymond was the son of Daniel T. and Ada E. (Hartman) Cole. He graduated from Plymouth High School with the class of 1948.
In 1948, Raymond enlisted into the U.S. Navy and served as a cook until his Honorable Discharge in 1968. He traveled all over the world on ships and was even on a ship that was transporting the helicopter for President Johnson. He was aboard the USS Uvalde during the Korean War, on the USS Midway from 1951-1954 and was also on the USS Kearsarge for 5 years.
On June 6, 1959, Raymond married Barbara A. Shanafelt and to this union five children were born: Cynthia, Curtiss, Catherine, Cheryl and Charman.
Raymond enjoyed fishing and following Jeff Gordon in NASCAR races, even going to races at Talladega. The couple enjoyed traveling, which included: Canada, taking a train out west to Washington, California to revisit the USS Midway, and to Mobile, Alabama for the commissioning of the USS Kearsarge. He helped bake a birthday cake for John Wayne, and picked Walter Schirra from the Gemini space capsule that was out in the ocean.
He was a member of the American Legion Post 189 in Walkerton and the Calvary Lutheran Church in Plymouth.
He is survived by his wife of 55 years, Barbara of Tyner and their children: Cynthia C. Merton of Plymouth, Curtiss C. Cole of Harvest, AL, Catherine C. (Ronald) Williams of Tyner, Cheryl C. (Frederick) Avery of Wakarusa, and Charman C. (Steven) Dreessen of Walkerton. 10 grandchildren: Lee C. (Alyssa Justice) Cole, Andrew P. (Jessica) Merton, Derek R. Cole, Heather A. (Donnie Hattery) Merton, Brandon D. Balsley, Charles L. Dreessen, Kelsey B. (Addison Davis) Williams, Stephanie G. Dreessen, Carrie E. Avery and Thomas F. Avery. Also surviving are 11 great-grandchildren and a sister-in-law, Mildred Cole of Plymouth.
He was preceded in death by his parents and sisters: Grace Stutzman, Madeline Burch, Clara Shanafelt, Marian Cole and brothers: Daniel, Earl, Lester and Luther Cole.
Visitation will be from 4 -7 p.m. in the Calvary Lutheran Church, 1314 N. Michigan Street, Plymouth on Wednesday, January 14, 2015.
Funeral services will be at 11 a.m. on Thursday, January 15, 2015 in the Calvary Lutheran Church with Pastor Eric Ahlemeyer officiating.
Burial will be in the Tyner Cemetery with Military Honors provided by members of the American Legion Post 198.
Memorial contributions can be made to the Calvary Lutheran Church 1314 N. Michigan Street, Plymouth, IN 46563