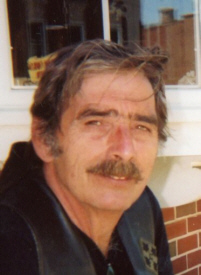 Raymond H. Bockerich, 72, passed away at home surrounded by his family on Friday evening, January 22, 2016 after a courageous battle with mesothelioma.
Ray was born in Chicago, Illinois on January 16, 1944 to Raymond H. Luczak and Vonda I. (Corsini) Bockerich. He graduated from Eisenhower High School in Blue Island, Illinois with the class of 1962.
Ray served for our country in the U.S. Army as a helicopter gunman during the Vietnam War. After his Honorable Discharge, he attended Louis College in Joliet, Illinois, graduating with an associate’s degree in aircraft mechanics.
On March 13, 1969 in St. Mary’s Catholic Church in Riverdale, Illinois, Ray took as his bride the former Geraldine T. “Bunny” Ursitti. To this union, two children were born, Nina and Daniel.
The family traveled all over the states as Ray worked in aviation as an aircraft mechanic for several airlines. They made Plymouth their home when he began working for AM General for the Department of Defense as a quality control specialist, until his retirement.
A Harley man, Ray loved taking rides anywhere. He treasured being with family and friends. Ray was always right there and willing to help anyone when they were in need. He spent many a days picking up sticks while doing his yardwork, and on the couch watching Fox News. On special occasions would make the family his wonderful homemade ravioli.
He was a former member of the Plymouth VFW Post # 1162 and a current member of the Culver VFW Post # 6919. He enjoyed volunteering his time on the honor guard and for other activities, and drinks and catching up with his friends.
Ray is survived by his loving wife Bunny of Plymouth, and their children, Nina (Michael) Drummond of Plymouth and Danny (Dana) Bockerich of Plymouth; grandchildren: Mika Bradley, Dylan Bockerich, Austin Bockerich and Austin Fear; great-grandson, Remy Bergman; and several nieces and nephews.
He was preceded in death by his parents, step-father, Dan Bockerich, and sister, Rita Ruzas.
Visitation will be from 11-1 p.m. on Wednesday, January 27, 2016 in the Johnson-Danielson Funeral Home, 1100 N. Michigan Street, Plymouth. Funeral services will immediately follow in the funeral home at 1 p.m. with Rev. Charles Krieg officiating.
Burial will be in the New Oakhill Cemetery with Military Honors provided by members of the Veterans of Foreign Wars- Culver Post #6919.