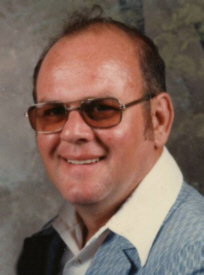 Raymond P. Van Blaricom, 76, of 4th Road in Plymouth, passed away surrounded by his loving wife and family at 11:00 a.m. on Friday, October 11, 2013.
The son of Ted and Esther (Sutherland) Van Blaricom, Raymond was born on September 28, 1937 in Plymouth, Indiana. He attended Tyner High School.
On November 24, 1955, Raymond married Dora A. Van Blaricom in Plymouth.
Ray worked for Bomarko for 5 years and then for United Technology for 9 years, retiring in 1991.
He enjoyed traveling and doing all sorts of yard work. He loved spending time with his family and grandchildren. Ray was a member of the House of the Lord in Plymouth and recently began attending the Community Church of God in Lapaz.
He is survived by his wife, Dora of Plymouth, and their four children: Donald O. Van Blaricom of Plymouth, Pamela L. (Kevin) Fleck of Lapaz, Jeffrey Van Blaricom of Plymouth and Raymond P. Van Blaricom, Jr. of Plymouth; his mother, Esther Van Blaricom; and 18 grandchildren and 30 great-grandchildren.
His siblings are: Nancy (Gus) Young of Plymouth, Donnie Shivley of Mishawaka, Carolyn (Gerald) Pike of Culver, Bonnie (Don) Jerstrom of Plymouth and David (Mary) Van Blaricom of Walkerton.
He was preceded in death by his father, his son Jeffrey A. Van Blaricom Sr., his grandchildren, Jeffrey A. Van Blaricom Jr. and April Dawn Boyd, and his sister, Eldora Mann.
Visitation will be from 2 – 4 p.m. and resume from 6 – 8 p.m. on Wednesday, October 16, 2013 in the Johnson-Danielson Funeral Home, 1100 N. Michigan Street, Plymouth.
Funeral services will be at 11 a.m. on Thursday, October 17, 2013, at the Community Church of God, 601 S. Michigan Street, Lapaz, IN 46537, officiated by Chaplain Tom Padberg. Visitation will resume one hour prior to the service in the church.
Burial will be in Oakhill Cemetery.
Memorial contributions can be made to the family or to the Center for Hospice Care 112 S. Center St. Plymouth IN 46563